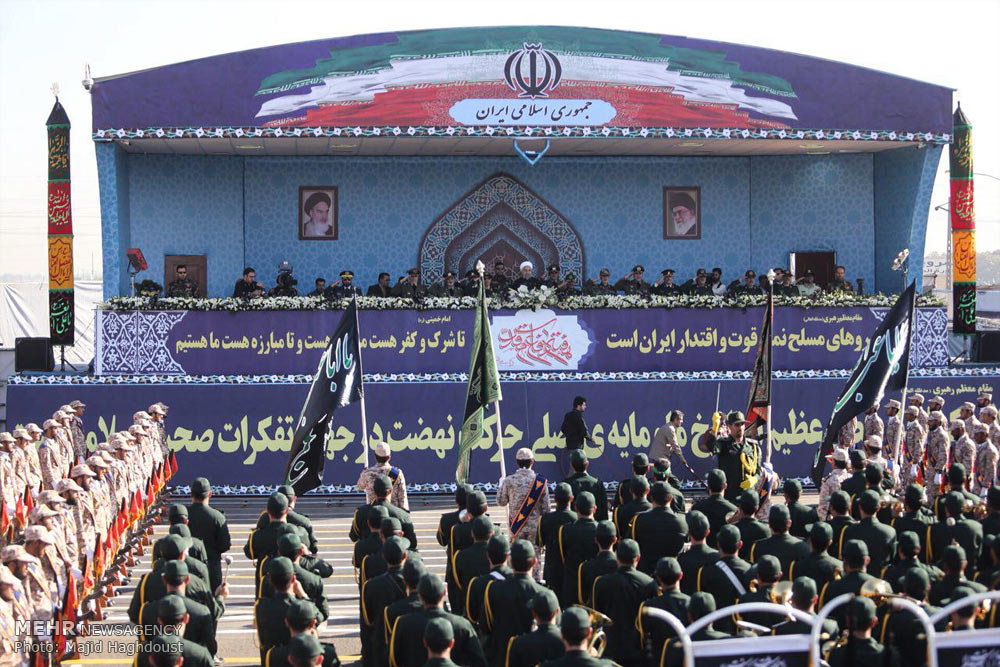 Iran has unveiled a new ballistic missile during military parades held across the nation to mark the first day of the annual Sacred Defense Week.

The missile, named Khorramshahr, was put on display during the military parade in Tehran on Friday, with Iranian President Hassan Rouhani and senior military officials in attendance.

The ballistic missile, which has a range of 2000 kilometers, is capable of carrying multiple warheads, said Brigadier General Amir Ali Hajizadeh, a senior commander of the Islamic Revolution Guards Corps (IRGC) Aerospace Division.

“As it was observed, the missile has become smaller in size and more tactical and it will be operational in the near future,” he told reporters on the sidelines of the parades.

Addressing the event, Rouhani said no country can stop the Islamic Republic from strengthening its missile capabilities and defense programs.

“We will promote our defensive and military power as much as we deem necessary,” Rouhani said. “We seek no one’s permission to defend our land.”

He added that Iran’s defense power has never been used for aggressive acts, while certain world powers export deadly weapons to the Middle East.

The Iranian president said Tehran is playing key role in restoring peace and stability to the region.

“The great nation of Iran has always pursued peace and security in the region and the world, and has always defended the oppressed people of the world. We will defend the downtrodden people of Yemen, Syria, and Palestine whether you like it or not,” he added.

The parades across the country feature military units from various divisions of the Armed Forces, including the Army, the Islamic Revolution Guards Corps (IRGC) as well as the Police Force. The week-long events are held in commemoration of Iranian forces’ eight-year defense of the Islamic Republic in the face of Iraq’s 1980-88 imposed war against the country.

He said the US and Israel have isolated themselves by expressing opposition to the nuclear agreement, which is hailed by the entire world community as a win for international diplomacy.

He said the entire global community commended the deal, “except only two people,” referring to US President Donald Trump and Israeli Prime Minister Benjamin Netanyahu, who used their UN speeches to attack the JCPOA.