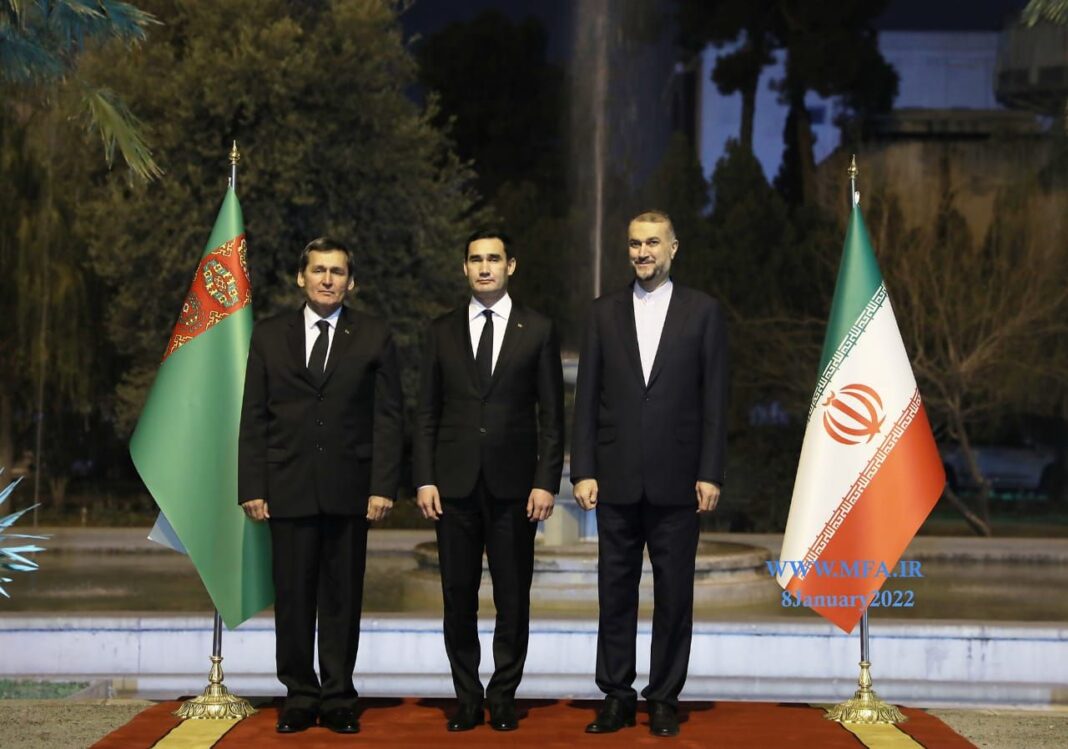 Iran and Turkmenistan call for the formation of an inclusive government in Afghanistan, with the participation of all ethnicities.

The issue was raised on a Saturday meeting between Serdar Berdimuhamedov Vice President of Turkmenistan and Hossein Amir Abdollahian, Iran’s Foreign Minister in Tehran.

Serdar Berdimuhamedov has traveled to Tehran as a special envoy heading a preparatory delegation ahead of the upcoming visit of the Turkmen president.

During the meeting, the two officials discussed joint cooperation in the fields of economy, trade, energy, transportation and transit.

Also, given the imminent visit of the president of Turkmenistan to the Islamic Republic of Iran, during this meeting, Amir Abdollahian and Berdimuhamedov exchanged views over the documents to be signed during the Turkmen president’s visit.

Regional issues and the situation in Afghanistan were other topics discussed by the Iranian foreign minister and the Turkmen vice president. The two sides underlined the need for the formation of an inclusive government in Afghanistan.

During the meeting, the vice president of Turkmenistan underscored the importance of bilateral relations with Iran and the role of the Joint Economic Commission in the development of relations between the two countries.

He also stressed that there are very good capacities for cooperation between the two countries in the fields of transportation, technical and engineering services, electricity, oil and gas.

Given the many historical and cultural commonalities between Iran and Turkmenistan, the two sides stressed the importance of developing economic and cultural relations and described cooperation between the provinces of the two countries as important in this regard.

It should be noted that Turkmen Foreign Minister Rashid Meredov also attended the meeting and outlined bilateral cooperation and joint projects and programs.