Iran, Turkey to Use National Currencies in Bilateral Trade 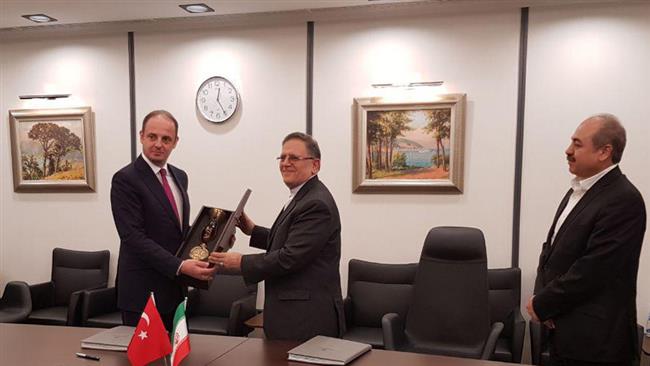 Iran and Turkey have signed a draft agreement to carry out trade activities based on their own local currencies instead of traditional foreign currencies such as the euro and the dollar.

The agreement was signed during a visit to Ankara by Valiollah Seif, the governor of the Central Bank of Iran (CBI).

“The agreement is meant to help prepare the ground for the expansion of mutual economic relations between Iran and Turkey and also facilitate trade in mutual currencies of the two countries,” Seif was quoted as saying by Iran’s IRNA news agency.

“Based on it, Iran’s Rial and Turkey’s Lira can be easily converted into each other and merchants on both sides of the border can accordingly use those currencies for their trade activities.”

The official emphasized that this could help reduce the costs relating to the conversion as well as the transfer of currencies.

He added that the banks of the two countries can use the international payment tools to convert currencies into Rials and Liras.

Seif emphasized that the draft agreement would be finalized during the next meeting of the joint economic commissions between the two countries and would thus become effective immediately.

He emphasized that the initiative was in line with a mandate endorsed by the presidents of the two countries to boost their level of trade to as high as $30 billion per year.

“The potential to boost Iran-Turkey trade relations to $30 billion exists but the barriers to this need to be removed one by one,” Seif emphasized in his interview with IRNA.

“One important barrier was the limitations in banking channels of the two countries. The agreement to trade in local currencies can help remove it.”