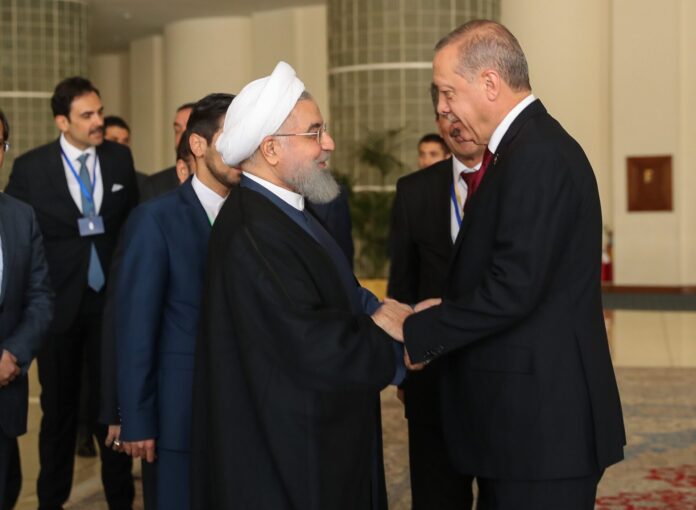 Iran’s President Hassan Rouhani has called for greater cooperation between Tehran and Ankara to counter the unilateral sanctions imposed by the US, as the two countries are increasingly targeted by punitive US measures.

“Iran and Turkey must further boost economic relations to counter US sanctions,” Rouhani said in a Friday meeting with his Turkish counterpart Recep Tayyip Erdogan, who was in Tehran to attend a trilateral meeting on the Syrian conflict.

Rouhani said Iran and Turkey should use national currencies for bilateral trade and reconsider a preferential trade agreement signed between the two countries.

He said Iran and Turkey could also cooperate with other regional countries including Russia and Pakistan to promote regional peace and security.

“Our efforts to fight terrorism must be carried out in a way that civilians receive little damage and the people’s lives are saved,” he said.

Rouhani expressed hope the trilateral meeting among Iran, Russia and Turkey will ease concerns and will help boost the fight against terrorism, allow Syrian refugees to return to their homeland and create sustainable peace and security in Syria.

Erdogan, for his part, said his government is eager to work towards developing ties with Tehran.

“Iran and Turkey must in the current circumstances plan to develop economic relations and boost bilateral trade,” he said, adding that the two governments must boost banking relations and use national currencies in trade contracts.

Erdogan also said the US government’s positions towards other countries are “unacceptable and unstable”.