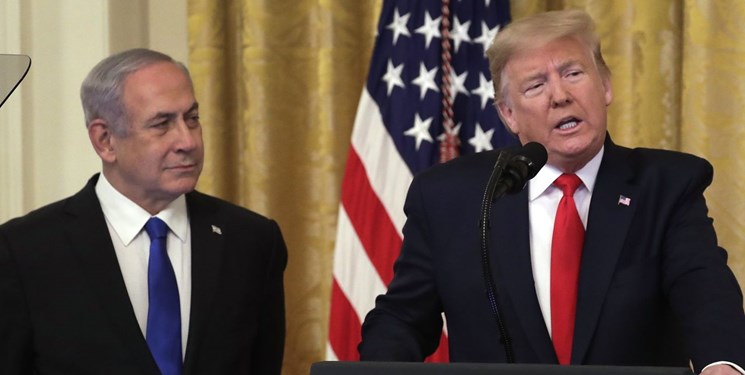 Spokesperson for the Ministry of Foreign Affairs of the Islamic Republic of Iran has deplored the so-called deal of the century proposed by the US as “the treason of the century”, expressing Tehran’s readiness to cooperate with the regional states to foil such major plot against the Islamic community.

In a statement on Tuesday, Iranian Foreign Ministry Spokesman Seyyed Abbas Mousavi denounced the peace plan imposed by the US, known as “deal of the century”, as the “treason of the century” against the people of Palestine and the Islamic Ummah (community), and called on the free governments and nations in the region and the world to confront such shameful plot.

The Palestinian territories belong to the Palestinian people, the spokesman added, noting, “The Zionist regime is a usurper and occupying regime, and the only way to settle the Palestinian crisis will be holding a referendum among the main inhabitants of the Palestinian land, and such vicious plans are doomed to defeat.”

From the viewpoint of the Islamic Republic of Iran, the issue of Palestine and the holy al-Quds is the overriding issue of the Islamic world, Mousavi underlined, adding, “It’s a pity that certain Islamic countries have neglected such cause which has targeted the future and dignity of Muslims and the Islamic countries, have replaced the friend with the enemy, and are losing sight of more than 70 years of anti-human crimes committed by the Zionist regime, either intentionally or with strategic negligence.”

“Considering the urgency and importance of the issue of Palestine and the big plot that has been hatched against the Islamic Ummah under the guise of the so-called deal of the century, the Islamic Republic of Iran is prepared –regardless of its disagreements with a number of regional countries, many of which have been created by the usurpers of the holy al-Quds and the bargainers of the reputation, dignity, and honour of Muslims- to cooperate (with the regional countries) at any level for the sake of the Islamic world’s unity and in order to counter the big plot that has threatened the sovereignty of the Islamic Ummah,” Mousavi stated.