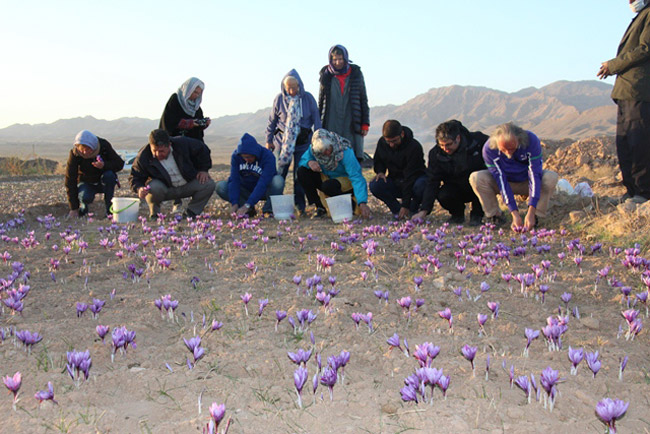 Foreign tourists visit the eastern Iranian province of South Korasan each year as the season to harvest saffron and barberry begins, and this year is no exception.

“This year, too, foreign tourists have begun visiting the province as the harvest season for saffron and barberry begins,” said Morteza Arabi, the deputy head of the provincial Cultural Heritage, Handicrafts and Tourism Department.

According to a Farsi report by Miras-e Arya news agency, he said the department has helped organize tours of tourist attractions and historical monuments in the province for foreign guests.

During the tour, he said, tourists will visit several places, including an anthropology museum, an ancient public bath, a historical school, old neighbourhoods, old houses, paddy fields, an ancient garden, a warm water spa and a historical fortress.

The tourists will also take a tour of saffron farms, he said.