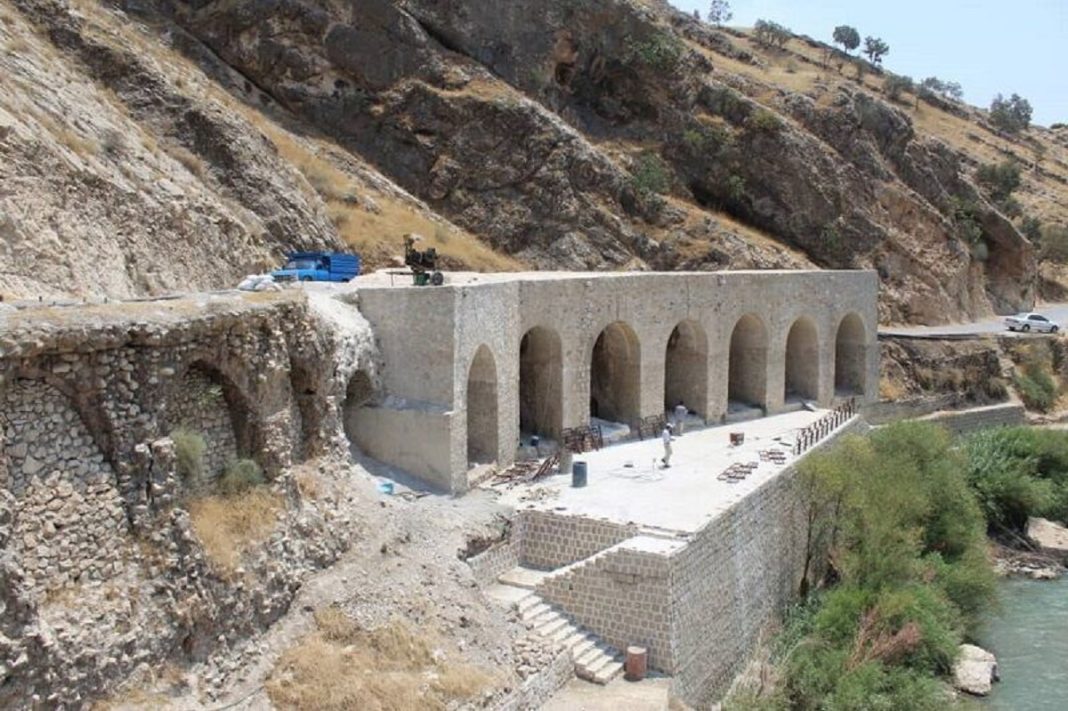 Along the road connecting the city of Shiraz in Fars Province to Gachsaran, a city in the southwestern province of Kohgiluyeh and Boyer-Ahmad, there is an ancient bridge built over the Tang-e Shiv River, which, according to historical studies, dates back to the Sassanid or Zoroastrian eras in the pre-Islamic period.

The Barim Bridge, which is located in Basht city, is one of the most important historical tourist destinations of the province specially during Nowruz holidays.

The beautiful monument, which is reflective of the spirit of life and architectural style of Iran’s ancestors, is built in the form of interconnected arches.

In ancient times, the bridge served as a place of passage and a site of cultural exchanges between people in the region.

Sadeq Mandanizadeh, the head of the local tourism department, described the bridge as a manifestation of the Iranian civilization in ancient times.