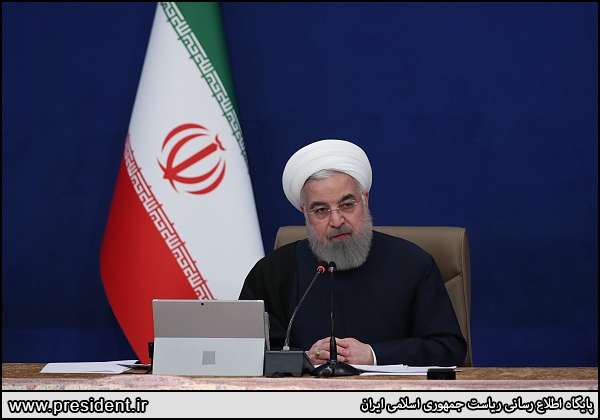 The Iranian president says Iran will live up to all of its commitments as soon as the United States returns to its obligations.

President Hassan Rouhani further said all countries around the world agree that Washington should make good on its commitments.

“All countries are of the opinion that the United States should return to its obligations. There is a consensus on that across the world,” he said.

“The whole world is unanimously telling the US to return to its obligations as soon as possible,” the president noted.

He recalled that Tehran scaled down its commitments under the Iran nuclear deal because the US unilaterally pulled out of the agreement and Europe failed to fulfill its obligations under the deal. Elsewhere in his remarks, the president highlighted the failure of the economic war imposed by the White House on Iran.

“Not only has the economic war on Iran failed, but its days are numbered as well,” said President Rouhani.

He also said the situation has improved tremendously for Iran’s economic cooperation with regional countries as former US President Donald Trump is gone.

“That wicked criminal who annoyed people is gone,” he said.