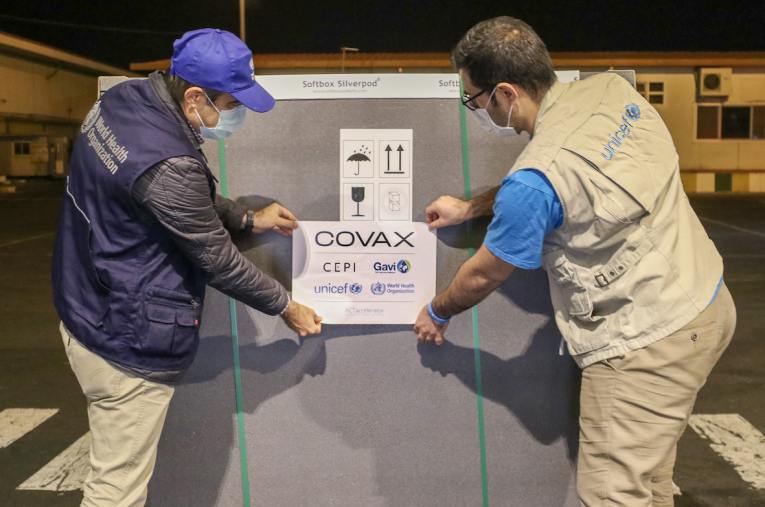 The representative of the World Health Organization in the Islamic Republic of Iran has announced that about 8.5 million doses of COVID-19 vaccine will be imported to Iran in August and September 2021.

Dr Jafar Hossein, the representative of the World Health Organization in the Islamic Republic of Iran, also raised hope that the vaccines donated by other countries will arrive in Iran on August 20.

He made the comments in a statement on the corona vaccination in Iran issued on Thursday saying that up to now Iran has received over five million doses of vaccine through COVAX mechanism and about 8.5 million doses would arrive in the country in August and September.

In this statement, he said that the World Health Organization (WHO) expresses its concern about the outbreak of corona disease and its impact on the lives, health and livelihoods of the Iranian people, pledging that this organization remains committed to working with all partners to save lives, ensure health and control infections throughout the country.

“Despite the continuation of Corona’s brutal attack on Iran, reports indicate low levels of vaccination coverage in the country. Until August 16, only 13.1% of the total population of Iran received the first dose of Covid-19 vaccine and 5.15% could receive the second dose of this jab. However, the acceleration of vaccine injection since the beginning of August and reaching the priority age groups of 40 and 30 in the high-risk provinces of Iran is encouraging,” reads the statement.

He further noted that the World Health Organization has used teams to gather information, provide advice and technical guidance as part of its efforts to address the Covid-19 epidemic in Iran.

“The organization is also continuing to work with its national counterparts to strengthen the health system and raise awareness about the virus and deal with its heavy pressure on the economy and society. One of these measures is the Covid-19 Emergency Response Project (ICERP), which was implemented through a World Bank loan in cooperation with the Ministry of Health and Medical Education of the Islamic Republic of Iran.

Through this project a significant number of treatment and diagnostic equipment has been delivered to government hospitals and laboratories to support them in combating the Covid-19 epidemic.”

He also urged the Iranian people to play their part in preventing further spread of the virus.
He added that although vaccination is a key tool in ending this epidemic, it is not enough.

“Therefore, it is the responsibility of every Iranian to take public and social measures, including maintaining physical distance, cleaning hands, avoiding crowded places and closed spaces, wearing masks and responding to vaccination calls to prevent further transmission of the virus,” concluded his statement.

Islamic Republic of Iran’s Customs Administration announced on Wednesday that over 24 million doses of COVID-19 jabs in 37 consignments have entered the country through Imam Khomeini Airport between February 6 and August 17.

IRNA quoted the Health Ministry of Iran as saying that until August 16, a total of 20 million 481 thousand and 265 doses of vaccine were injected in Iran, of which 15 million 766 thousand 564 doses were the first shot and four million and 714 thousand and 701 were the second shot.