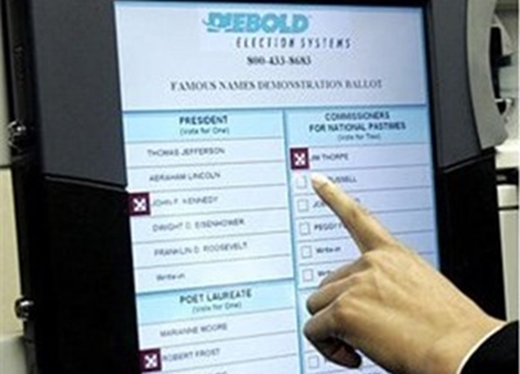 A prototype of the electronic ballot box will be sent to the Guardian Council for approval, said Siamak Rahpeyk.

An Iranian official said that the Interior Ministry plans to order electronic ballot boxes made outside the country for the two upcoming elections due in late February 2016.

After a series of studies conducted by the ministry, a prototype of the required electronic ballot boxes was manufactured, Siamak Rahpeyk, an election official with the Guardian Council said.

It will be sent to the Guardian Council in the coming days for approval, he added.

After the box shape is given approval, the hardware, software, and security issues will be addressed, he said.

Iran’s cabinet passed a plan in June to use electronic voting machines in the two upcoming elections.

President Rouhani has called for necessary preparation for holding electronic elections by building on the experience of other countries.

After a report by the Interior Ministry on the issue was discussed, Cabinet members approved a plan to hold the upcoming parliamentary and the Assembly of Experts elections, due on February 26, 2016, electronically.

There are 290 seats in parliament elected by the direct vote of people in nationwide election for four years.

The Assembly of Experts is also a high-ranking body that elects and oversees the activities of the Leader of the Islamic Revolution.

Members of the assembly are elected by people for an eight-year term. It holds biannual meetings to appoint a new chairman.