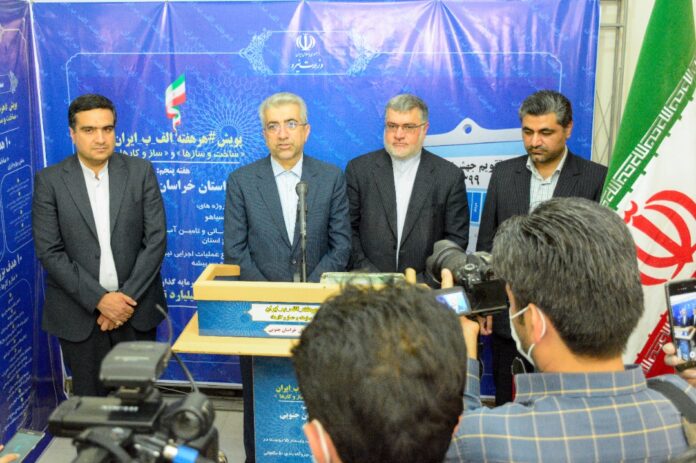 Iranian Minister of Energy Reza Ardakanian says a loan of $5 billion that Russia has agreed to give Tehran will be used to fund a major railway project in eastern Iran.

Speaking to reporters during a visit to the eastern province of South Khorasan on Saturday, Ardakanian said a major railroad project linking the cities of Zahedan and Birjand will be funded by a $5 billion loan provided by the Russian Federation.

He said Iran has ratified plans to set up the railroad project, has notified Russia of its decision, and is making arrangements with the Ministry of Economic Development of Russia to carry out the project.

Citing a Friday telephone conversation with his Russian counterpart about the plan, Ardakanian expressed hope that the railroad project would reach acceptable stages in the coming months and within the remaining year of the current Iranian administration’s term.

The minister also highlighted the abundant opportunities for energy projects in South Khorasan Province, saying the country’s only and largest coal-fired power plant, located in the city of Tabas, is moving rapidly to come into operation.

The major coal-fired power station is going to play a significant role in exploiting the potential of the province’s mines and in creating employment, he noted.

Ardakanian also unveiled plans to generate some 30,000 megawatts of wind power as a reliable source of renewable energy in collaboration with neighbouring Afghanistan.

“Good preliminary negotiations have been held (with Afghanistan), and I hope we could immediately put the plans for cooperation into practice given the situation after formation of a new government in Afghanistan,” the energy minister added.

Iran has a great capacity for solar and wind energies, he noted, saying the construction of renewable energy power plants will dramatically reduce the consumption of fossil fuels and water and reduce emissions.

There are three power plants with generating capacity of 18 megawatts (MW) in South Khorasan, the minister added, hoping that the coming into operation of a new wind farm in Sarbisheh would allow the province to export electricity.