Iran to Enrich Uranium beyond Previous Levels If JCPOA Fails 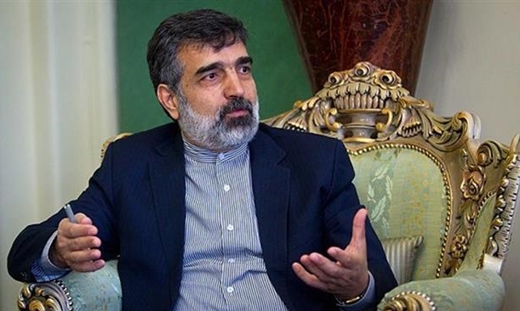 A senior Iranian nuclear energy official says Tehran is ready to enrich uranium beyond previous levels in case the remaining parties to the country's 2015 nuclear agreement fail to salvage it.

Atomic Energy Organization of Iran (AEOI) spokesman Behrouz Kamalvandi told IRIB on Wednesday that the country “will reach even more advanced levels” of uranium enrichment if the other parties leave the Joint Comprehensive Plan of Action (JCPOA).

He also noted that the country’s nuclear activities are moving forward at a favorable pace.

Back in June, the AEOI was ordered by Leader of the Islamic Revolution Ayatollah Seyyed Ali Khamenei to promptly make preparations for enrichment of uranium up to a level of 190,000 SWU “for the time being within the framework of the JCPOA.”

In a speech on June 4, the Leader slammed European governments for expecting the Iranian nation to both tolerate sanctions and give up its nuclear activities, saying that the country cannot remain in “nuclear custody” when the sanctions are still in place.

As part of those preparations, the AEOI launched a UF6 production plant in late June in a bid to increase the country’s uranium enrichment capacity.

The plant, which had been almost inactive for the last few years, was re-opened for the production of uranium hexafluoride as a major part of the Uranium Conversion Facility (UCF) in Isfahan.

In May, US President Donald Trump declared he would withdraw his country from the nuclear deal and re-impose the sanctions that the deal had envisaged to be lifted.

Since the US’ withdrawal, European countries have been scrambling to ensure that Iran reaps enough economic benefits to convince it to stay in the deal. However, the offers made by the Europeans so far to keep Tehran in the JCPOA have yet to persuade the Iranian officials.

Deputy Foreign Minister Abbas Araqchi warned on Tuesday that Tehran would withdraw from the nuclear deal if the Europeans fail by November 4 to design a mechanism to safeguard Iran’s main interests, including oil sales and banking payments, in the accord.

That is the date when the second round of US sanctions against Iran will snap back, after which Araqchi said the Europeans’ efforts to save the deal would be useless.