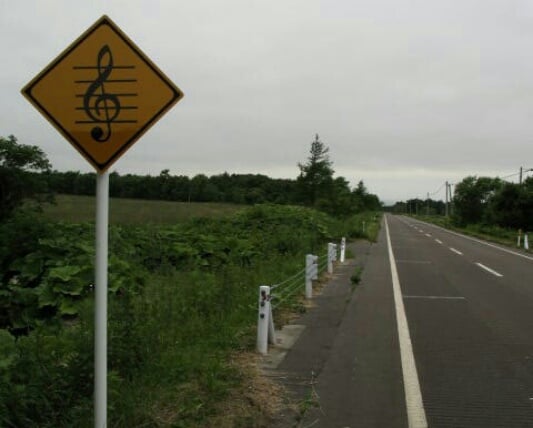 Officials in Iran’s Semnan province say they are going to boost traffic safety across the province by making the roads ‘musical’.

Traffic-related casualties in Semnan reached a record high back in 2016, when 4,395 injuries and 257 deaths were reported, all caused by car incidents in the provincial roads. The figures increased to 5,295 and 303 in 2017, respectively.

Semnan officials have decided to tackle the issue and increase traffic safety by creating “musical roads”, which when driven over cause a tactile vibration and audible rumbling transmitted through the wheels into the car body in the form of a musical tune.

To do that, the officials have set up a special working group including physicists, musicians and mechanical engineers.

Similar projects have already been launched in at least eight countries including the US, Japan, China, Denmark, South Korea, San Marino and Ukraine.

In Iran, the project is now being implemented in 300 metres of the desert roads of Semnan as a pilot one. Once fully implemented, the project could reduce the number of car incidents in the provincial roads by 70 percent.

In line the pilot project, the working group has created 2,000 groves along 300 metres of the road. As the vehicles passes over the groves, an audible rumbling begins to transmit through their vehicle turning into a musical tune to their ears.

The mechanism is aimed at preventing the drivers from falling asleep. The musical tune changes according to the depth of and the distance between two grooves as well as the thickness and material of the asphalt used in the roads and the raised pavement markers created along them.

People driving along Semnan provincial roads usually fall asleep and have their cars overturned due to the desert climate of the region.

If a car drives at over 90 km/h, the volume of the musical tune played for them would get louder. If the speed is lower, the sound would remain relatively mild.

The project will cost millions of dollars but as provincial officials say allocating the money to such projects is necessary given the hefty money that insurance companies pay to the families of the car incidents’ victims.

Ali Dairini, the deputy head of Semnan Justice Department for Social Affairs and Crime Prevention, has hailed the idea, saying that protecting the lives of people is among the main responsibilities of every government in the world. He said the government should adopt pre-emptive measures to protect the lives of Iranian people, as prevention is better than cure.

The first musical road was created in October 1995 in Denmark by Steen Krarup Jensen and Jakob Freud-Magnus. Known as Asphaltophone, the road is made from a series of raised pavement markers, similar to Botts’ dots, spaced out at intermittent intervals – watermark – so that as a vehicle drives over the markers, the vibrations caused by the wheels can be heard inside the car.