Iran to Boost Cooperation with Russia on National Projects: Larijani 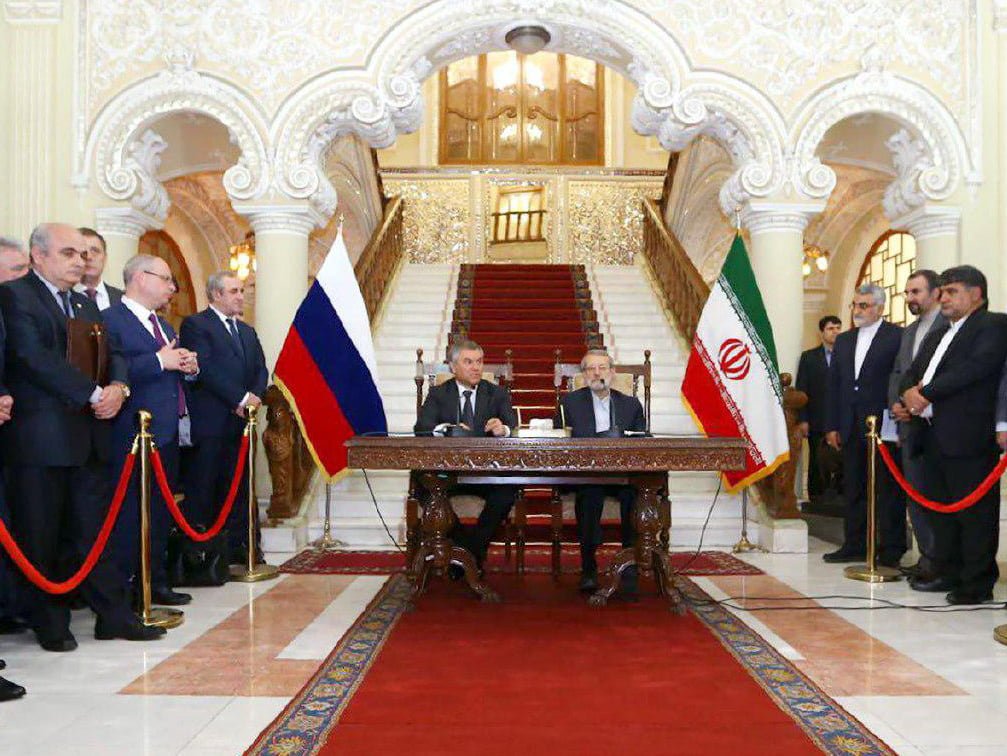 In a Monday joint press conference with Chairman of the Russian State Duma Vyacheslav Volodin in Tehran, Larijani said the two sides have agreed on a framework for cooperation between the parliaments of Iran and Russia.

According to Larijani, the framework aims to boost mutual collaborations in the fields of business, politics and sustainable security in the region.

“Today, I met with the chairman of the Russian State Duma and his accompanying delegation to Iran. In the past, we had met with Mr Volodin in Russia and several other countries, and we had developed a framework to promote cooperation between the two countries.”

“Earlier, a counter-narcotics conference was held in Russia, and the joint committee of the Iranian Parliament and Russia is following up the objectives. We also reviewed the joint economic projects,” added Larijani, according to a Farsi report by ICANA.

The Iranian parliament speaker further noted that there were talks on the promotion of relations between the private sector of Iran and Russia, in which the Chamber of Commerce plays an important role in following up the agreements.

For his part, Volodin stated the agreement on parliamentary cooperation that was signed by the speaker of Iran’s parliament will create conditions for better performance of the joint parliamentary committee of Iran and Russia.

“We are responsible for implementing joint projects that have already been agreed. Iran-Russia relations are developing and dynamic, which is the result of good relations between the two presidents. This is the task of the two parliaments to provide the legal framework for the implementation of the decisions that have already been made,” underlined the Russian official.

“In the fight against terrorism and narcotics, Tehran and Moscow can help each other, but the main goal is to develop economic relations as well as developing relations at the provincial levels. In this regard, some inter-provincial collaborations have been discussed in the Volgograd Region.”

A memorandum of understanding on parliamentary cooperation was also signed between the two sides before the press conference.