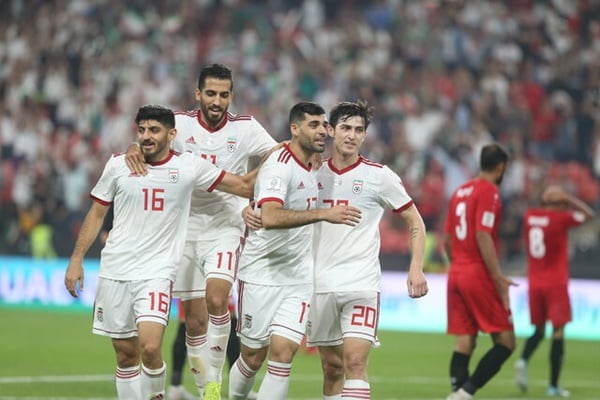 Iran’s national football team had a stormy debut as the players kicked off their AFC Asian Cup Group D campaign with a crushing 5-0 win over Yemen at the Mohammed bin Zayed Stadium in the UAE.

The Iranian team coached by Carlos Queiroz managed to establish the best start of the tournament by a team after taking the lead at the 12th minute of the match by striker Mehdi Taremi.

Team Melli finished the first half of the match with two other goals by Ashkan Dejagah at minute 23 (which was later named an own goal) and Taremi at 25.

In the second half, Iran continued to dominate and scored three other goals, one by Taremi, another by Sardar Azmoon, and a last one by Saman Ghoddos.

Iran had the upper hand throughout the match with Yemeni team failing to make a serious threat against its rival.

Iran along with Japan, South Korea, Australia and Saudi Arabia make up the main contenders at this year’s AFC Asian cup.

Now with the crushing victory, Team Melli is set to face Vietnam for its second match on January 12 in al-Nahyan stadium in Abu Dhabi. It then will face Iraq on January 16 in Al Maktoum Stadium in Dubai.

The 2019 men’s AFC Asian Cup started on Saturday with a kick off between the United Arab Emirates and Bahrain.

The final match will be held on February 1 in Abu Dhabi’s Sheikh Zayed Stadium. The cup is held from January 5 to February 1.

24 teams including Iran are competing with each other during the tournament in Abu Dhabi, Dubai, al-Ain and Sharjah cities.

The UAE was announced as the host for the tournament on 9 March 2015, with Iran being the only remaining bidder for the right to host the 2019 finals. It is the second time that the United Arab Emirates hosts the tournament after the 1996 finals.