Iran, Syria to Develop Cooperation to Confront US, Israel 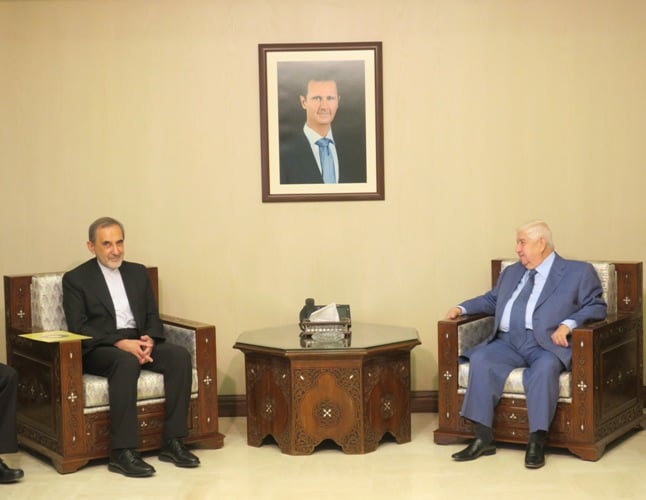 Ali Akbar Velayati, an international adviser to Leader of Iran’s Islamic Revolution, says coordination and consultation between Iran and Syria should be enhanced with the aim of increasing the success of the Syrian Arab Army against terrorists and their supporters.

In a Wednesday meeting with Syrian Foreign Minister Walid al-Muallem in Damascus, Velayati congratulated the Arab country on the recent victories of the Syrian army and its allies against terrorism and the defeat of the Zionist-American project in the region.

For his part, Muallem briefed the Iranian official on the latest political developments in Syria, saying that “we appreciate the valuable support of the Islamic Republic of Iran for Syria in all fields.”

At this meeting the two sides also discussed the strategic relationship between Tehran and Damascus and the ways to develop cooperation in all fields in light of recent political developments, particularly in possible fight against the US and Israeli aggressions.