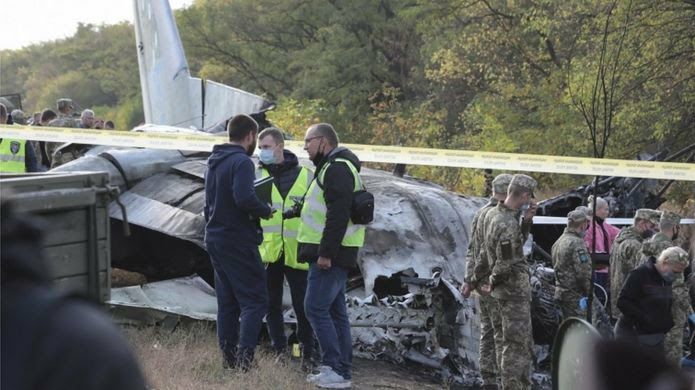 Iranian Foreign Ministry Spokesman Saeed Khatibzadeh has offered sympathy to the Ukrainian nation and government over the recent military plane crash in Ukraine.

In a statement on Sunday, Khatibzadeh also sympathized with the families of those killed in the tragic incident.

Twenty-six people, most of them air cadets, have been killed in a military plane crash in Ukraine, officials say.

The aircraft, an Antonov-26, came down near the eastern city of Kharkiv.

The plane was carrying 20 cadets and seven officers from Kharkiv Air Force University and was on a training flight. Only one person survived.

The crash is being investigated. Officials say preliminary findings suggest the captain, not cadets, was flying the plane when it crashed.