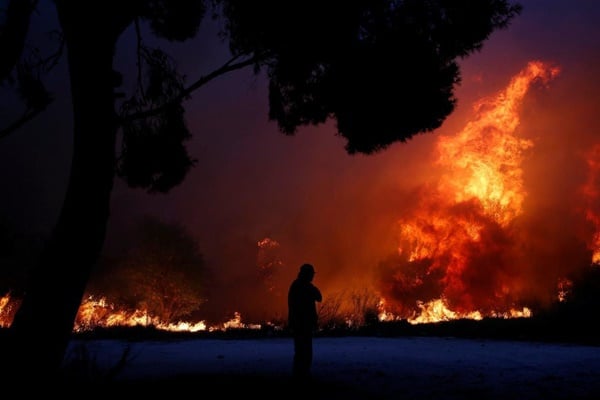 Iranian Foreign Ministry Spokesman Bahram Qassemi has expressed deep regret over the deadly wildfires near the Greek capital of Athens, which have killed and wounded dozens of people.

In a Tuesday statement, Qassemi expressed sympathy with the nation and government of Greece and the bereaved families of the heart-breaking incident’s victims.

Wildfires sweeping through a Greek resort town have killed at least 74 people including families with children found clasped in a last embrace as they tried to flee the flames.

The Greek government has declared three days of mourning over the wildfires.

“The country is going through an unspeakable tragedy,” Greek Prime Minister Alexis Tsipras said in a televised address. “Today, Greece is mourning and we are declaring three days of national mourning in the memory of those who perished,” he said.