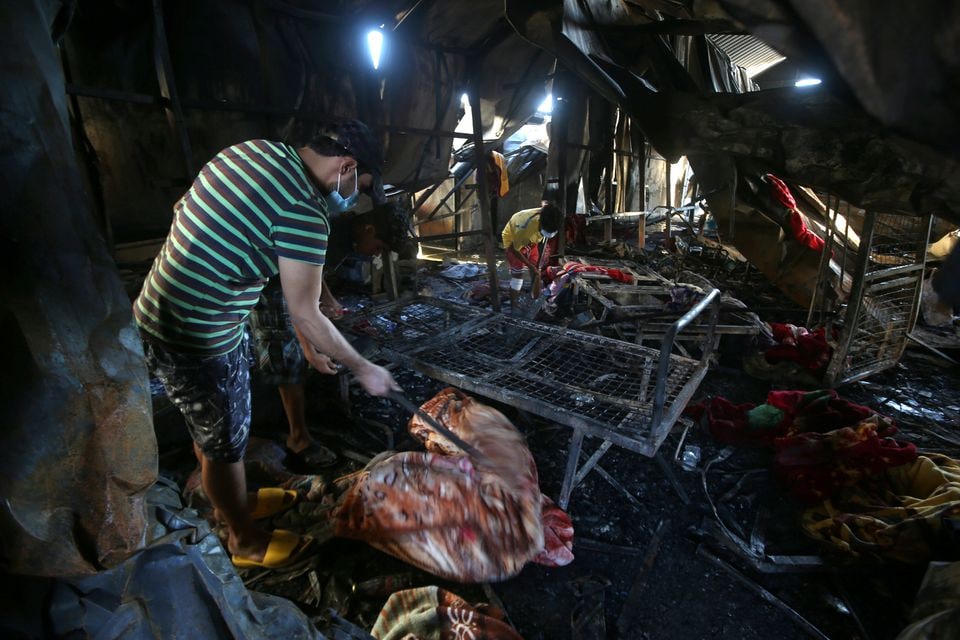 Iranian Foreign Ministry Spokesman Saeed Khatibzadeh has sympathised with the Iraqi nation and government, especially the families of the victims, over the heart-wrenching fire at Al-Hussain Hospital in the city of Nassiriya.

In his Tuesday statement, Khatibzadeh extended the Iranian nation and government’s condolences to the Iraqi people and government, especially the families of the victims, and wished divine mercy for those killed and recovery for those injured in the tragic incident.

He also expressed Tehran’s preparedness to provide any kind of medical assistance in this regard.

At least 44 people were killed and over 67 injured in a fire likely caused by an oxygen tank explosion at a coronavirus hospital in the southern city of Nassiriya, health officials and police said on Monday.

As rescuers combed the smoke-charred building in search of more bodies, Prime Minister Mustafa al-Kadhimi held urgent meetings with senior ministers and ordered the suspension and arrest of health and civil defence managers in Nassiriya, his office said in a statement.

The manager of the hospital was also suspended and ordered to be arrested, the statement added.

Already decimated by war and sanctions, Iraq’s healthcare system has struggled to cope with the coronavirus crisis, which has killed 17,592 people and infected more than 1.4 million.

“Health crews carried charred bodies out of the burning hospital while many patients were coughing from the rising smoke,” a Reuters reporter at the site of the fire said.

Health officials at Nassiriya said search operations at the al-Hussain coronavirus hospital were continuing after the fire was brought under control, but thick smoke was making it difficult to enter some of the burnt wards.

“Raging fires have trapped many patients inside the coronavirus ward and rescue teams are struggling to reach them,” a health worker told Reuters before entering the burning building.