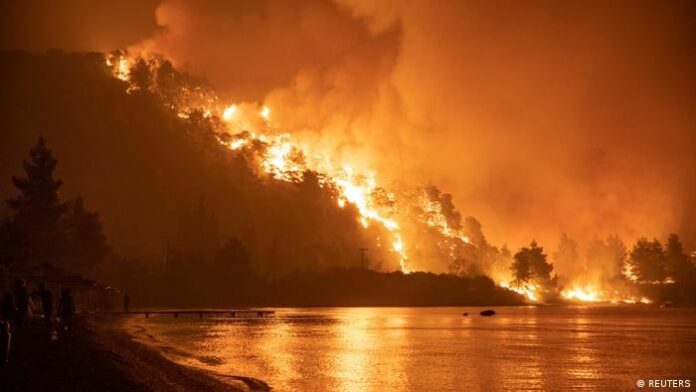 Iranian Foreign Ministry Spokesman Saeed Khatibzadeh has expressed regret over the massive wildfires that have engulfed some regions of Greece, killing and injuring several people and causing material damages.

In a statement on Sunday, Khatibzadeh offered sympathy to the Greek nation and government and the families affected by the catastrophe.

He also expressed hope that the wildfires will be contained soon.

Greece’s prime minister has talked of a “nightmarish summer” as forest fires continue to ravage the country.

Thousands have been evacuated from their homes, and more than 1,000 firefighters have been deployed to bring the flames under control.

Greece is experiencing its worst heatwave in more than 30 years.

Authorities have warned that the risk of further fires remains high in many regions, including Athens and Crete.

In the last 10 days, more than 56,000 hectares (140,000 acres) have been burnt in Greece, according to the European Forest Fire Information System.