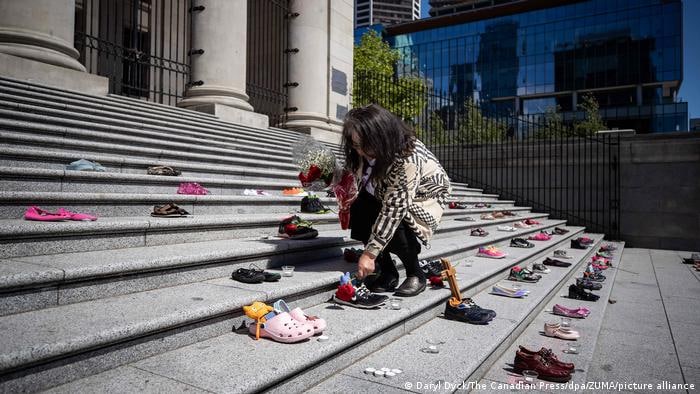 Iran's Foreign Ministry Spokesman Saeed Khatibzadeh has expressed sympathy with Canada's Indigenous community over the newly-discovered "genocide" of Indigenous children, urging the Ottawa government to think of its dark past before claiming to be an advocate of human rights.

“It is a big human tragedy in Canada’s history, which cannot be named anything but genocide,” Khatibzadeh told reporters on Monday.

“It is a source of regret that a country which tries to hide itself behind the humanitarian mask has such disasters in its history,” he added.

Khatibzadeh sympathised with the Indigenous community of Canada, and said, “The Canadian government should always remember that whenever it seeks to portray itself as an advocate of human rights, it had better first think of its dark days in the past and try to compensate for those dark days at home.”

The remains of 215 Indigenous children were recently found on the land of a former boarding school that was created to forcibly assimilate children of First Nations origin into Canadian culture.

The discovery was confirmed at the former Kamloops Indian Residential School near the city of Kamloops, some 354 kilometres northeast of Vancouver.

Chief Rosanne Casimir of the Tk’emlups te Secwepemc First Nation on Friday described “an unthinkable loss that was spoken about but never documented by the Kamloops Indian Residential School,” and noted that some of the children were 3 years old.

The cause of the deaths is unknown.

Ground-penetrating radar devices were used during the search and researchers think a wider search may well turn up more bodies.