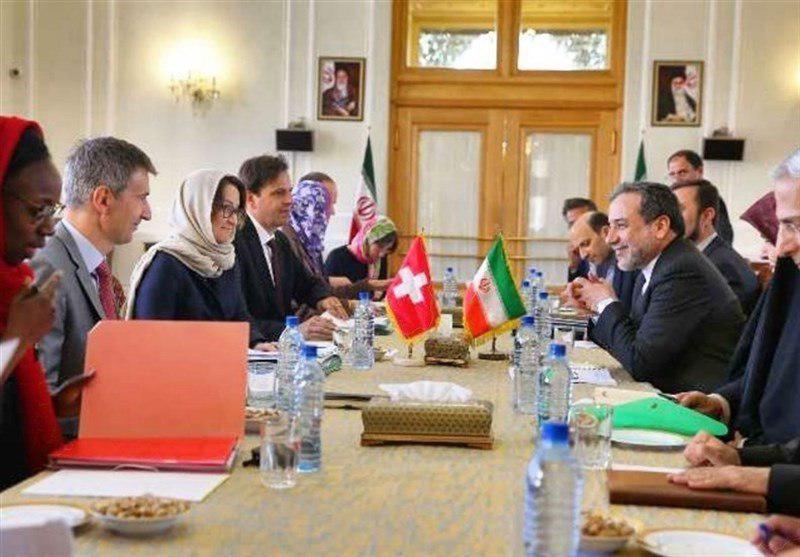 Iran and Switzerland have held a fresh round of their bilateral political negotiations in Tehran.

Given the Islamic Republic of Iran and the Swiss Confederation’s interest in the promotion of bilateral ties, the new round of comprehensive political talks was chaired by Iranian Deputy Foreign Minister for Political Affairs Abbas Araqchi and Head of the Directorate of Political Affairs of the Federal Department of Foreign Affairs of Switzerland Pascale Baeriswyl.

In the Monday meeting, the two sides exchanged views on bilateral relations, regional and international issues and cooperation in judicial and human rights domains.

They also underscored the need to preserve the Iran nuclear deal and stressed the significance of the signatories’ abidance by the agreement.

The two sides also expressed their readiness to work together closely in that area.

They Iranian and Swiss diplomats also stressed the need to expedite efforts to settle regional issues and discussed the latest conflicts and crises in the region.