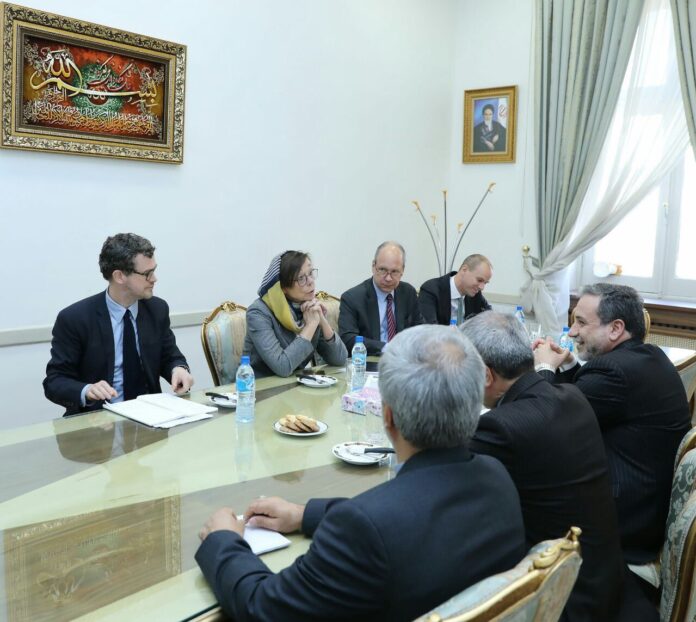 The fifth round of Iran-Sweden political consultations has been held in the Iranian capital Tehran in the presence of Iranian Deputy Foreign Minister for Political Affairs Seyyed Abbas Araqchi and Sweden’s State Secretary of Foreign Affairs, Annika Söder.

During this round of talks held on Wednesday, the two sides discussed the most important international developments and issues in bilateral relations.

The Swedish official expressed her country’s political will to continue bilateral cooperation with Iran and resolve the related issues. She also announced that, in line with the EU, Stockholm has supported maintaining and implementing the JCPOA which guarantees interests and positive results, particularly security for all parties.

“Sweden remains hopeful that the nuclear deal will continue to survive thanks to Europe’s efforts to continue its cooperation with Iran and benefit the Islamic Republic.”

In this meeting, Araqchi called the bilateral, regional and international cooperation and interactions “acceptable and developing”, saying that the Islamic Republic has tried to keep the windows [of talks] open despite the US withdrawal from the deal and the imposition of sanctions and maximum pressure.

“However, unfortunately Europe only relies on political support and refuses to pay for the deal to continue.”

Araqchi added that Iran’s decision to choose a maximum and active resistance approach against maximum pressure is in response to unacceptable US policies.

He also stressed that the continuation of the unilateral implementation of the deal is not justifiable, saying Iran is determined to take further steps to reduce its commitments.

“This decision will not change until the conditions are set out and Iran’s economic interests are met.We expect Europe to take constructive stances and really pay costs to rebuild trust,” he added.

Regarding the latest situation in the region, Araqchi stated “unfortunately, the region is experiencing escalating tensions and crises while its stability and security is threatened as a result of the policies and behaviours of some activists.”

“Security in the region is indivisible. Freedom of navigation and energy security should exist for everyone. To date, Iran has put forward proposals and suggestions, the latest of which is the Hormuz Peace Initiative that is based on the countries of the region and the principle of non-interference and aggression.”

“We invite all countries, including Sweden, to cooperate to advance this initiative,” he maintained.

For her part, Söder touched upon the importance of preserving the JCPOA, stressing multilateral efforts must be made to this end.

Expressing concern over the current developments in the region, she said the continuation andmounting of tensions and crises have shown that a diplomatic and political solution is the only option.

She said her country stands ready to support all existing efforts and initiatives. Sweden’s State Secretary of Foreign Affairs also thanked Iran for releasing the British vessel owned by a Swedish company.