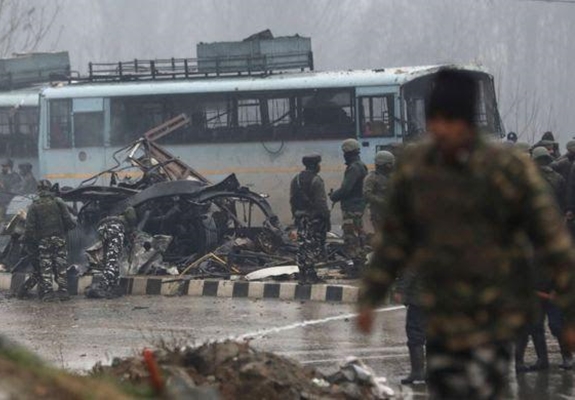 Offering condolences to the Indian government and nation, Qassemi sympathized with the families of the victims of the tragic incident.

“As a country that has been a victim of terrorism and has taken major and effective steps to root out terrorist groups in the West Asia region and has paid heavy costs and is resolved to keep up this path with strong determination, we believe using such bloody and inhumane methods by any group and with any motive and under any name is unacceptable,” he said.

At least 40 Indian paramilitary police have been killed in a bomb attack by militants on their convoy in Indian-administered Kashmir.

Police told the BBC that a car filled with explosives had rammed a bus carrying the troops to Srinagar.

Pakistan-based group Jaish-e-Mohammad said it was behind the attack.

It is the deadliest militant attack on Indian forces in Kashmir since the insurgency against Indian rule began in 1989.