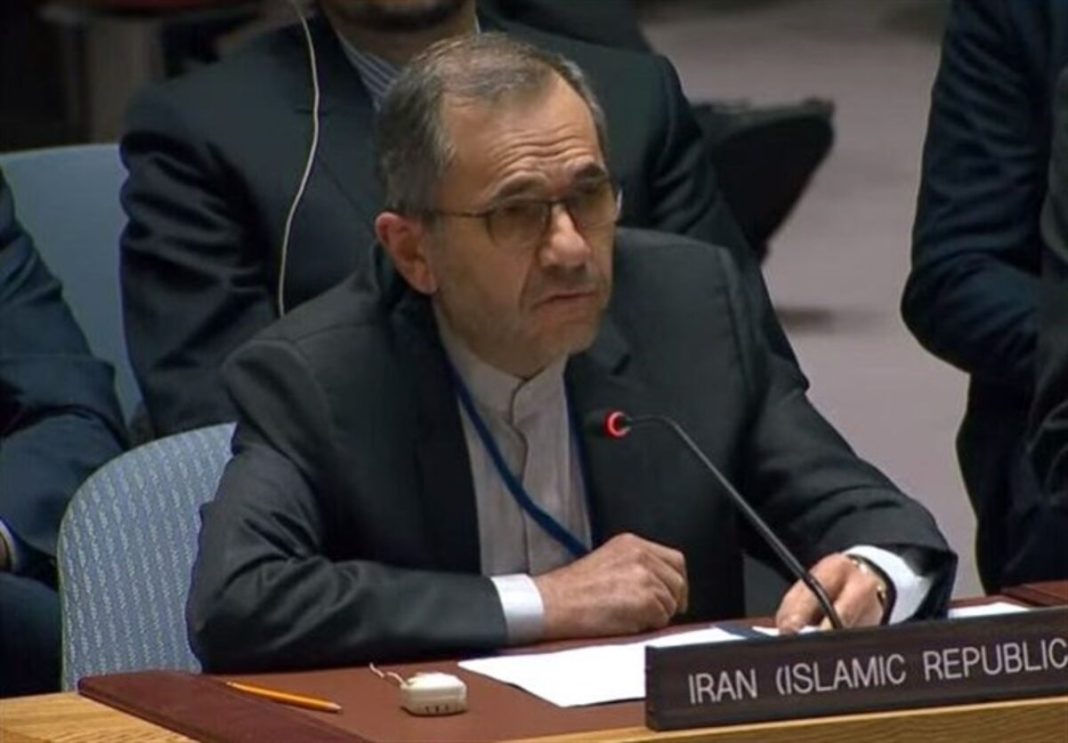 Iran's ambassador and permanent representative to the United Nations Majid Takht Ravanchi has urged all nations across the globe to take a strong position at the 2022 NPT Review Conference against Israel.

Takht Ravanchi referred to the Zionist regime’s possession of hundreds of nuclear warheads, the support of some countries for this regime, and the necessity of a nukes-free Middle East, and called for a strong position of countries in the 2022 NPT Review Conference against Israel, based on the approvals the previous conferences.

He told Iranian reporters in New York that the Middle East free of nuclear weapons is one of the important issues for the Islamic Republic of Iran.

The Tenth Review Conference of the Parties to the Treaty on the Non-Proliferation of Nuclear Weapons started on August 1, 2022.

We have stated that this is one of the red lines of Iran, he continued.

We are trying to reach a consensus, but we will not do it at any cost, he stated, adding that there is a framework and principles, as well as some measures that should be taken.

If our red lines are met, we will definitely welcome the consensus, the ambassador noted.