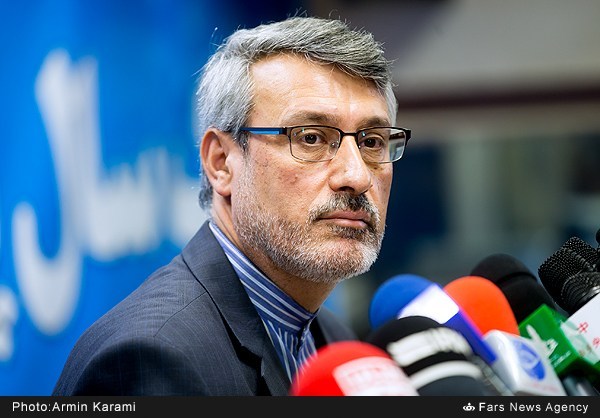 Iran’s Ambassador to Britain Hamid Baeedinejad has, in an interview with Sobh-e-Sadeq, weighed in on a range of issues, including London’s role in Middle East developments, Iran’s influence in the region and the Iran nuclear deal known as the Joint Comprehensive Plan of Action (JCPOA). The following are the highlights of the interview.

Question: Mr. Baeedinejad, given that you were one of Iran’s key nuclear negotiators, how do you see Britain’s stance on the Iran nuclear deal.

Baeedinejad: The UK’s official position is to support the agreement, and it remains committed to the JCPOA along with France and Germany within the framework of Europe’s stance. In the meantime, as there have been changes in the US government’s stance on the deal, the three European countries have held talks with Washington authorities behind closed door to talk the Americans out of opposing the JCPOA and make them understand the implementation of the deal is very significant for the promotion of peace, stability and security in the region and across the globe. They have announced time and again that they remain committed to the implementation of the JCPOA.

Question: As a diplomat and an authority in the foreign policy domain, to what extent do you believe that it is possible to pursue the objectives of Iran and the Islamic Revolution through foreign policy, political diplomacy and movement diplomacy?

Three factors, namely foreign policy and diplomacy, Iran’s defence diplomacy and power as well as defence capability, and the influence of Iran’s dialogue in the region are among the very important components of Iran’s power. Definitely, we are pursuing no other objective than boosting peace and stability in the region, and it is necessary that these three components work in tandem. Our foreign policy is based on the fact that neither are we eying a country nor do we want to occupy a country. The contemporary history also shows that we have never sought to threaten or invade a country. Rather, were threatened and targeted, especially after the 1979 Islamic Revolution. We just defended ourselves. It was others that posed a threat to us and did threaten us.

And today, you are seeing that we are having significant cooperation with Iraq, whose former leaders imposed a tough war on us. Today, without expecting anything in return, we are helping the Iraqi government and nation and supporting them against terrorism and extremism. ISIS terrorists were just 50 kilometres from Baghdad when Iran went into action at the request of the Iraqi government and stopped the terrorists, and today, Iran is pushing the terrorists back.

If Baghdad had been captured, today Iraq would have another situation, a tough one. So, Iran’s defence capability, foreign policy and power of dialogue manifested in regional resistance should work in tandem to help promote peace and stability in the region. Today, we are happy to see resistance forces are making every effort in the region.

Today, Hezbollah is one of the pillars of the resistance front, and Lebanese people, including Muslims and followers of other faiths, look at Hezbollah as an outstanding power which secures Lebanon’s sovereignty and independence. This was proven once again by the measures recently taken by Hezbollah in cooperation with the Lebanese army and other forces to counter ISIS terrorists and expel them from Lebanon. Hezbollah is a force which serves to secure Lebanon’s independence and national sovereignty. Hezbollah has turned into a reality which contributes to Lebanon’s political life. This reality has been welcome by the people in the region in addition to the Lebanese.

Therefore, these three components are very important and we are happy to see Iran, through the support of its military and political officials, has managed to greatly help regional countries counter terrorism and extremism. This success has been the result of coordination among the three above-mentioned components, and we hope this trend will continue. Today, all of us should work toward safeguarding national unity, move forward like before and help one another to stop extremism and terrorism.