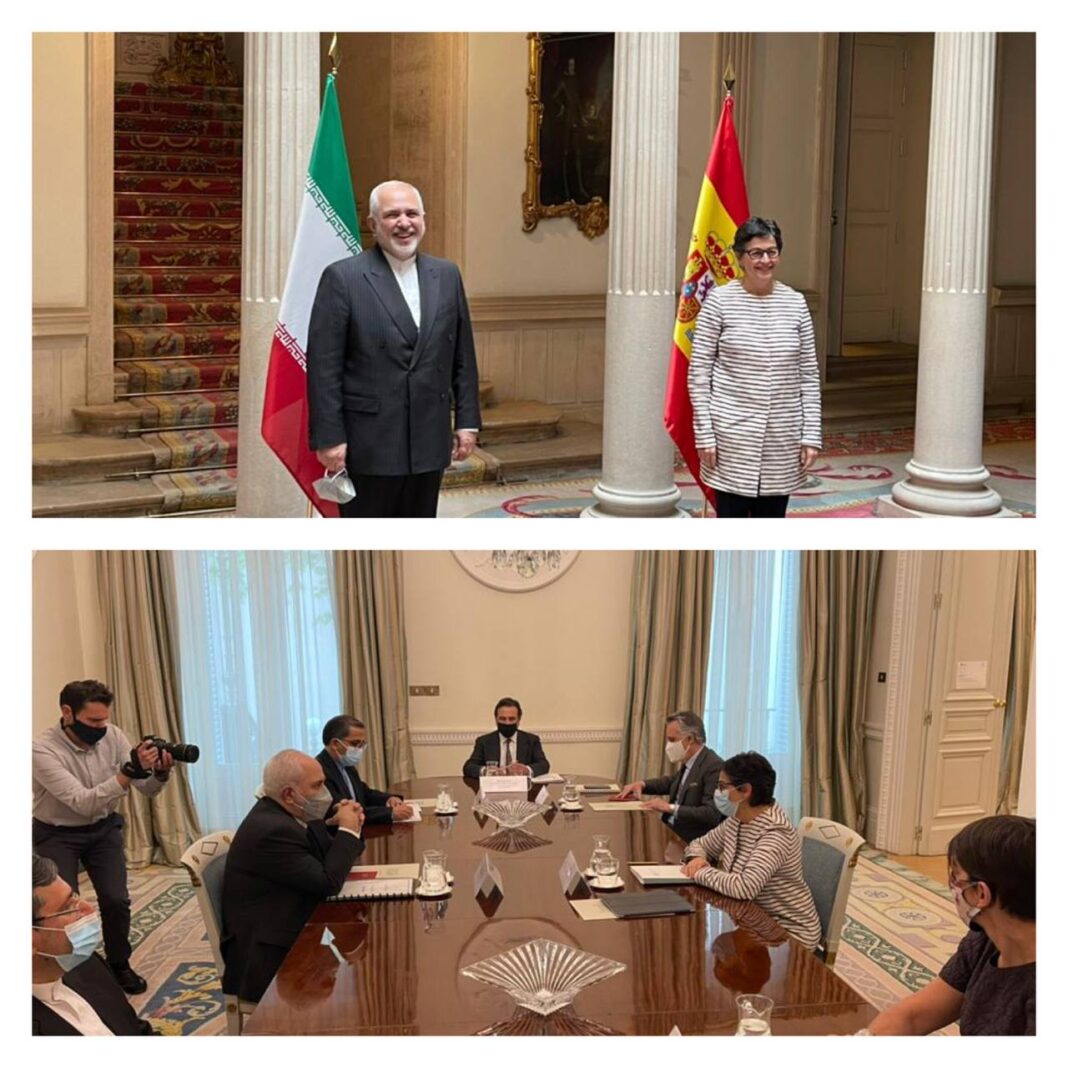 Iran's Foreign Minister Mohammad Javad Zarif, who is in Spain in the first leg of his tour of several European countries, held talks with Spanish Minister of Foreign Affairs, European Union and Cooperation Arancha González Laya.

In the Thursday meeting, the two sides discussed the latest status of Tehran-Madrid relations in various political and economic fields.

Foreign Minister Zarif reviewed bilateral relations in different spheres, and said the potential for Iran-Spain economic cooperation is beyond the current level.

He then underlined the necessity of exploring avenues for promoting collaborations in different economic areas by removing some of the existing barriers.

Zarif also highlighted the significance of developing cooperation in the field of small and medium-sized enterprises as well as the tourism industry and its infrastructure for activation of Iran-Spain economic relations.

The Iranian Foreign Minister elaborated on Tehran’s viewpoints regarding the regional issues, especially the need for intra-regional interaction among countries and other important issues of the region including Yemen, Afghanistan, and Iraq.

Zarif further pointed to the recent developments in the occupied Palestine and the tough conditions faced by its people in the occupied territories, and stressed the necessity for cessation of the usurping Zionist regime’s brutish measures against the people of Palestine.

He also expounded on Iran’s viewpoint regarding the Vienna talks.

The Spanish Foreign Minister, in turn, described Iran’s position in the region as important, and elaborated on her country’s viewpoints regarding various issues including the JCPOA, the regional and bilateral issues.