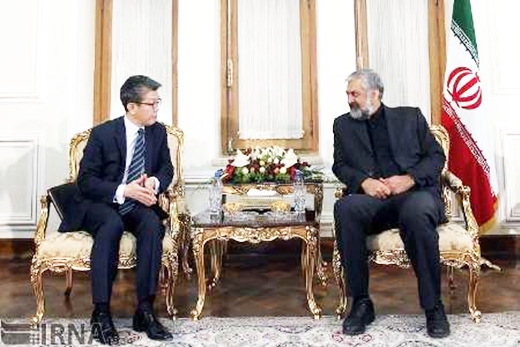 Deputy Foreign Minister Morteza Sarmadi described consultations with South Korean officials as a significant step in line with the two governments’ resolve to counter the spread of extremism and terrorism in the region.

He said that increased political ties and consultations will help discover new areas of cooperation and contribute to investment and transfer of technology as well as strengthening economic ties.

Underlining Iran’s positive role in regional security and stability, he expressed hope that meetings with South Korean officials will help devise a suitable mechanism for joint cooperation in regional and international issues such as countering the spread of extremism and terrorism.

Kim Hong-kyun, for his part, referred to successful results of Iran-P5+1 nuclear talks, and said that his country is keen on development of ties and opening a new chapter in political, economic and cultural ties between the two countries.

He also called for regular political consultations in line with the international campaign against terrorism.