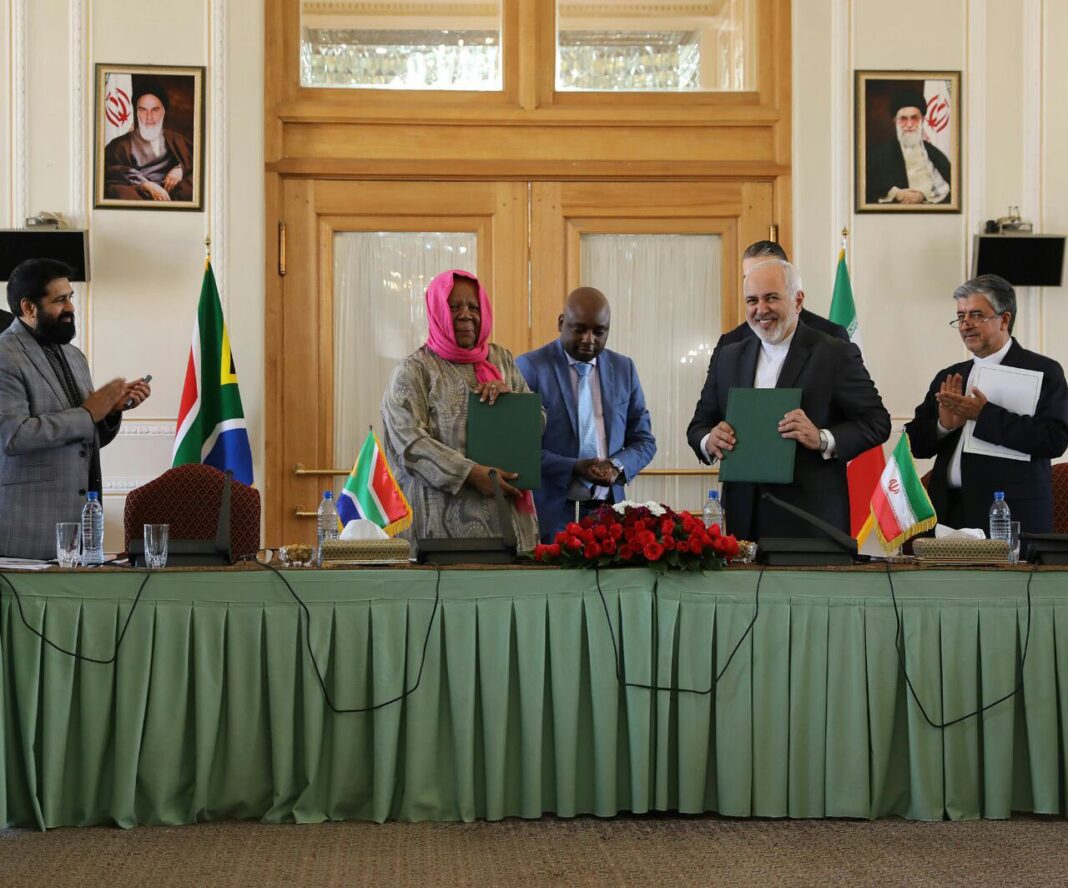 The 14th session of the Joint Commission of the Islamic Republic of Iran and South Africa was held in Tehran on Wednesday with speeches from Iranian Foreign Minister Mohammad Javad Zarif and South Africa’s Minister of International Relations and Cooperation Naledi Pandor.

In the meeting, the Iranian Foreign Minister highlighted the good political relations and the common views between the two countries on many regional and international subjects, such as the issue of Palestine, human rights, the necessity for revising the structure of the United Nations and the UN Security Council, the fight against terrorism and extremism, the use of nuclear energy for peaceful purposes, the South-South cooperation, cooperation in the international organizations, and the two countries’ valuable efforts at global peace and stability.

Foreign Minister Zarif also expressed hope that more active presence of the state-run and private sectors would strengthen the economic, trade, technical and scientific relations between the two countries and would result in fine achievements in promoting the relations.

He also touched on the complicated and sensitive nuclear negotiations between Iran and the P5+1, saying the US withdrawal from the deal was a clear violation of the UN Security Council Resolution 2231, was against the desire and will of all UN members, and has undermined the Non-Proliferation Treaty and multilateral diplomacy.

Foreign Minister Zarif also pointed to Iran’s commitment to the JCPOA until a year after the US withdrawal from the deal and the opportunity that Iran gave the European parties to honor their commitments to make up for the US exit, stressing, “Unfortunately, we did not witness any effective measure, and Europe proved to be unable to honor its commitments. As a result, Iran’s strategic patience ended, and it halted part of its commitments in three steps, in a completely legal manner, and in exact accordance with the JCPOA text by referring to the Articles 26 and 36 of the deal.”

“If the balance of fulfillment of commitments by all parties is not regained, other necessary measures (by Iran) will be also taken in the next steps,” he warned.

Foreign Minister Zarif also explicated the Islamic Republic of Iran’s view on the Persian Gulf region’s security and the Iranian president’s proposed plan, known as the Hormuz Peace Endeavor, as well as the Iranian President’s call on the regional countries to join the HOPE coalition.

For her part, the South African Minister of International Relations and Cooperation hailed Iran’s valuable and admirable supports for the South African people’s struggle against apartheid, and highlighted her country’s stances against unilateralism and the US’ unilateral sanctions against Iran.

She also stressed the need to recognize the rights of countries to peaceful employment of nuclear energy, and to continue the mutual cooperation in various economic and scientific fields, as in the renewable energies.

The two sides also emphasized the necessity of continuing cooperation within the framework of the Non-Aligned Movement, the fight against terrorism and violence, and keeping up consultations and diplomatic efforts at global stability and peace.