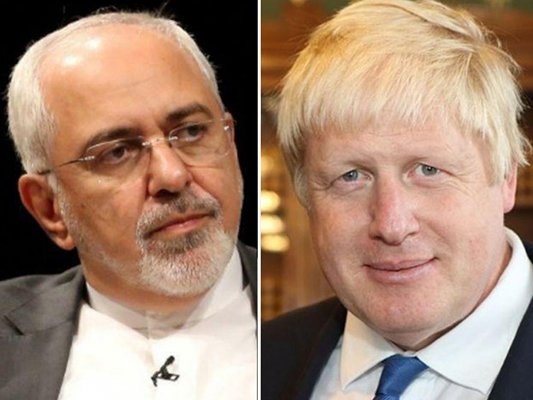 Iranian Foreign Minister Mohammad Javad Zarif has reaffirmed Iran’s vehement opposition to any use of chemical weapons in the world and blasted the West for its double standards towards the issue.

In a phone conversation with his British counterpart on Sunday, the Iranian foreign minister condemned the unilateral attack on Syria and reiterated that the Islamic Republic of Iran is against any use of chemical weapons.

Zarif also raised questions about the timing of the Syria airstrikes which came just ahead of the visit of chemical weapons experts to Syria to probe into a suspected chemical attack on Douma, and added the two airstrikes by the US on Syria were carried out at a time when the Syrian government forces had the upper hand in their fight against the terrorists and were pushing them to defeat.

Zarif once again slammed the US, Britain and France for their “unilateral, illegitimate and arbitrary move” to strike Syria, saying, “No country is allowed to unilaterally punish other states outside of international norms.”

Johnson, for his part, provided explanations for the United Kingdom’s role in the recent US-led airstrikes on Syria.