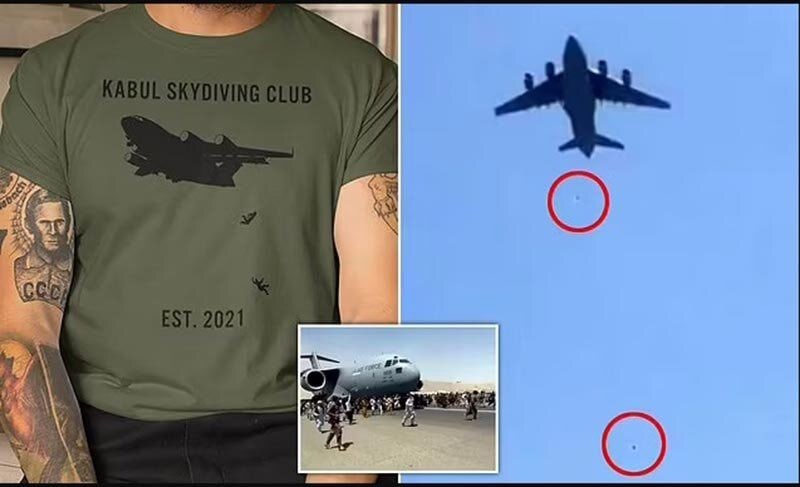 Iran’s foreign ministry has slammed the move by an American clothing manufacturer for selling T-shirts that mock Afghan citizens falling from a US military aircraft.

After the Taliban takeover of the Afghan capital Kabul earlier this week, thousands of Afghans, desperate to flee their country, thronged the city’s airport to find a flight out. Some managed to get on the tarmac and clung to the outside of a US military aircraft as it was taking off. Footage from the scene showed at least three people falling to their death after the aircraft took off.

In the days that followed e-commerce platforms began to sell T-shirts with the words “Kabul Skydiving Club 2021” and pictures of the Afghans’ freefall from the US military aircraft on them.

“Is this not a miserable episode for the humanity? The most painful and disturbing scene the Americans created during their escape from Afghanistan being turned into T-shirts by American companies and being advertised for sale to normalize the nastiness of their actions? How deeply the humanity lies in moral collapse,” asked Seyed Rasoul Mousavi, Iranian Assistant Foreign Minister and Director General for the Foreign Ministry’s West Asia Department, on his twitter account.

The T-shirts have also triggered backlash on social media with users calling the products “sickening” and “inhuman” and demanding the manufacturers to withdraw the products that mock the distress of the Afghan people.