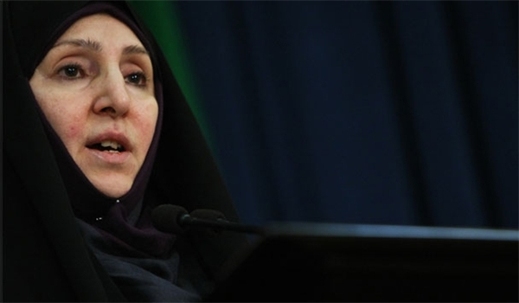 Iranian Foreign Ministry Spokeswoman Marziyeh Afkham has once again rejected the possibility of Iran’s acceptance of a two-phase nuclear agreement with the world powers, calling on the latter to show a political will to end the standoff.

“The Islamic Republic of Iran has announced that we will accept an agreement in a single phase and all its details should be clear and it should contain no ambiguities,” Afkham said in her weekly press conference on Wednesday.

Afkham also appreciated the constructive role of Russia and China in the nuclear talks, and said Tehran continues talks and consultations with the two countries not only on the nuclear issue, but also on other regional and international developments.

Her remarks came after Supreme Leader of the Islamic Revolution Ayatollah Seyyed Ali Khamenei underlined earlier this month that Iran would never accept a bad agreement with the world powers, adding that the country is in favor of a single-phase comprehensive deal which would respect the Iranian nation’s inalienable rights and entail all details.

“I agree with an agreement if it can be struck, but I disagree with a bad agreement,” the Supreme Leader said in a meeting with the commanders and personnel of the Iranian Air Force and Air Defense in Tehran in February.

The Leader further stressed his opposition to striking a deal over general issues and leaving the details for some other time in future, saying a final agreement should include all the general principles and all the details together and should not leave anything for future.

The Supreme Leader reiterated that the Iranian nation will not tolerate bullying, excessive demands and illogical behavior.

Ayatollah Khamenei stressed that the general points and technical details of any accord need to be agreed upon simultaneously as the US has already proved that it tries to escape its undertakings under the pretext of different interpretations.

“The contents of such a contract should be transparent, clear and not open to interpretation. The contents of the agreement should not allow the other side which is used to bargaining to seek excuses on different issues,” he added.

The latest round of the nuclear talks between Iran and the six world powers was held in February.Both Iran and P5+1 have underlined that cutting a final deal before the July 10 deadline is possible.