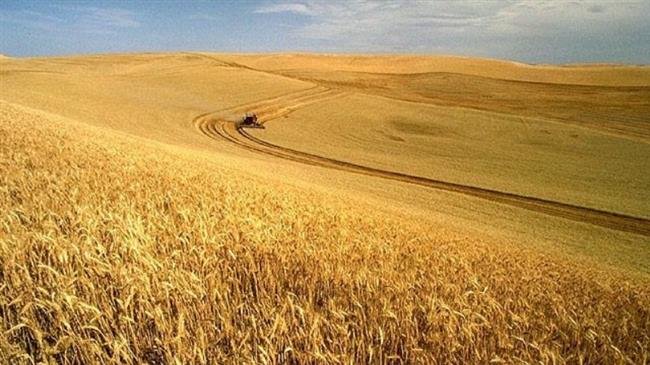 Russia, Kazakhstan and Iran have signed a memorandum of understanding for cooperation in wheat trading, taking another step towards setting up a free trade zone.

The document was signed in Moscow Tuesday, bringing the countries closer to the free trade zone between Iran and the Eurasian Economic Union, which Russia has established with its neighbors.

Under the deal, Iran will import wheat for its private millers who will produce flour for export, her Iranian counterpart Ali-Akbar Mehrfard said.

Iran, he said, has enough wheat harvested inside the country to cover its needs but it can export Russian and Kazakh grain to other countries. Iranian private millers are not allowed to use domestic wheat for flour exports.

“In Iran, there is suitable infrastructure in the flour industry, which is twice as much as domestic demand. In addition, Iran’s wheat silage is at a good level, and we now have 5 million tonnes of flour trade,” Mehrfard said.

Kazakhstan has welcomed using Iran’s transit and logistics network to deliver its agricultural goods to customers, he said, adding the two countries are also working on wheat swap arrangements.

No volume has yet been set, with Mehrfard saying the issue is up to the private sectors to decide. He also said the memorandum does not specify the currency to be used but the countries can trade in their national money.

Last year, an Iranian official said the country was negotiating importing around 100,000 tonnes of Russian wheat per month to increase flour exports to neighboring Iraq.

“We have a little financial problem to resolve but after it we will be able to go through with the deal,” secretary general of the Iran Federation of Food Industry Associations Kaveh Zargaran said.

A Russian official said at the time that the talks were part of broader negotiations about a free trade zone between Iran and Russia.

Iran is in advanced talks about creating a free trade zone with the union, known as the EAEU.

Iran’s Ambassador to Moscow Mehdi Sanaei said on Friday he expected the Iranian parliament to ratify the free trade agreement with the EAEU “in the near future.”

“The agreement is very important for Iran because it opens the gates to a big market for our country, and also opens the Iranian market to Russia and northern countries,” Mehr news agency quoted him as saying.

The union aims to ensure the free movement of goods, services, capital and workers between the member states.

The EAEU was established in 2015 by Russia, Kazakhstan and Belarus and later joined by Armenia and Kyrgyzstan. In 2016, Vietnam officially became the first non-regional country to join the bloc.

Russia’s First Deputy Minister of Industry Sergei Tsyb said last week that the EAEU would sign free trade agreements with Singapore, India and Egypt “in the near future.”

The bloc has also held negotiations with South Korea. According to Russia’s RT television, more than 40 countries and international organizations, including several South American states, have expressed interest in joining the EAEU.

Most world countries are currently a member of World Trade Organization (WTO) which is dominated by the United States.

Tsyb said WTO member states are currently using over 7,500 non-tariff measures such as quotas, licenses, restrictions and embargoes with respect to industrial goods.

Russia is coming under growing pressure from the West, including economic sanctions. Iran is also the target of the toughest sanctions announced by US President Donald Trump in May.