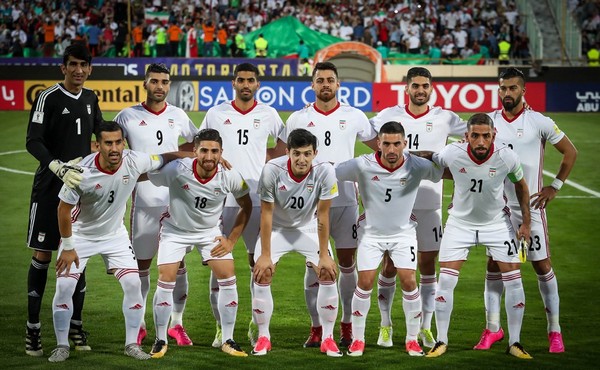 An Italian website has predicted that Iran’s national football team will achieve significant success in FIFA World Cup 2018 due to be held in Russia.

It seems the national teams of Iran and Mexico could grab the world’s attentions during the tournament because as experts say, the two teams have good players with high technical abilities, a report by Drive Sportive Radio said.

Iranian national football team managed to open its way to the world tournament as the second team after Brazil. While Iran does not have a good record in world cup tournaments, it is the winner of three Asian cups.

Under Carlos Queiroz, the Iranian national team have had a good performance over the past years. One of the main young players of the team is Sardar Azmoun who plays as a forward for the Russian club Rubin Kazan. He has already scored 20 goals for the Iranian national team. If Iran has a good chance to fall in a relatively average group, the country’s national team can gain the title of the “Wild Card” of FIFA World Cup 2018.

With the FIFA World Cup 2018 expected to be held in Russia in 2018 in the coming summer, many football fans have already begun to predict the results of the plays and the performances of the teams participating in the world tournament.

Russia had once hosted the FIFA World Cup in 1980. The tournament is set to open on June 14 in Moscow. 32 national football teams are taking part in this tournament, and the final game is set to be held on July 15.