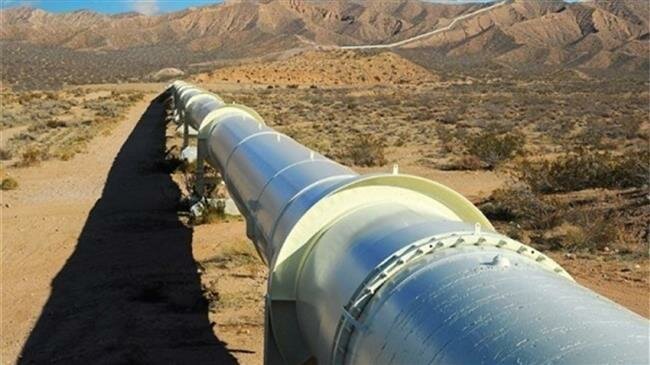 Iranian officials say oil exports from the east of the Strait of Hormuz, where over 30 percent of the global seaborne oil traffic is handled, will be possible by early 2021 thanks to a major pipeline project which aims to pump crude to the eastern end of the waterway.

A senior oil ministry official said on Wednesday that the 1,100-kilometer pipeline connecting Gorreh, in southwestern province of Bushehr, to Jask, a port in southern Hormozgan province, will be ready for use in March 2021 which marks the end of the next Iranian calendar year when officials hope to finish the project.

Touraj Dehqani, who serves as CEO of Iran’s Petroleum Engineering and Development Company (PEDEC), said that the project would drastically transform oil delivery mechanisms in the Persian Gulf as it would save oil tankers a long journey to terminals located to the west of the region.

Dehqani said Iran had managed to reduce funding needed for the project through contracting domestic manufacturers for supply of the pipes.

“This project would cost around $2 billion of which between 500 to 600 million have been (earmarked for) contract to supply pipes,” he said, adding that the cost of pipes, that should be of the sour service type, could have doubled if Iran wanted to import them from traditional suppliers in Europe, China and South Korea.

The PEDEC chief said the pipeline would transfer around one million barrels per day (bpd) of oil from Gorreh to Jask, adding that a storage capacity of around 20 million bpd would be created in Jask to increase Iran’s potentials for exports.

The announcement comes amid rising tensions in the Persian Gulf where the United States and allies are seeking to increase their military presence in the Strait of Hormuz in an alleged attempt to ensure security through the waterway.

Iran, which shares control over the Strait with neighboring Oman, has warned that it would remain the single dominant force in the waterway and would not allow foreigners to destabilize the area for their political purposes.

Iran has previously warned that it would shut down the Strait of Hormuz if its energy exports are threatened by external powers.