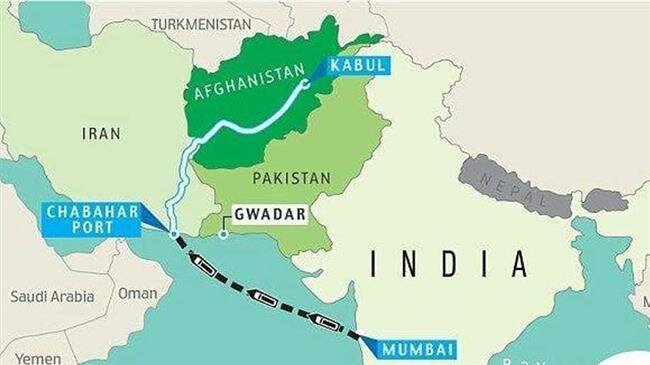 Iranian Foreign Minister Mohammad Javad Zarif says he is putting forward a "proposal" during his ongoing trip to Islamabad for connecting Pakistan's Gwadar port to its "complementary" port Chabahar in southeastern Iran.

“We believe that Chabahar and Gwadar can complement each other,” Zarif said upon arrival in the Pakistani capital of Islamabad on Thursday.

“We can connect Chabahar and Gwadar, and then through that, connect Gwadar to our entire railroad system, from Iran to the North Corridor, through Turkmenistan and Kazakhstan, and also through Azerbaijan, Russia, and through Turkey,” he noted.

“I’ve come here with a proposal for the government of Pakistan for connection between Chabahar and Gwadar.

Pakistan’s arch-rival India is trying to develop the port of Chabahar as a way to gain access to the markets of central Asia as well as Afghanistan by bypassing Pakistan. The port is about 72 km from its Pakistani counterpart Gwadar, which is being developed by China.

The strategic Iranian port city created a unique opportunity for India to send its goods to landlocked Afghanistan through a safe new route. It would to the same effect enable Afghan merchants to export their commodities – mainly fruits and vegetables as well as nuts and minerals – to global markets through Chabahar.

Considering the strategic importance of the Iranian port for Kabul, the US government was forced in November to approve a sanctions exemption for Chabahar in a bid to economically stabilize Afghanistan.

India hopes to utilize Iran’s transit potentials to embolden its connectivity footprints, with Chabahar being the stepping stone to those ambitions.

The annual cargo tonnage of Shahid Beheshti Port – Iran’s only oceanic port – has now almost tripled to reach as high as 8.5 million tons.

The overall development project is planned in four phases and is expected to bring the port’s total annual cargo capacity to 82 million tons.