Iran Says None of Oil Tankers Drowned in Sea of Oman 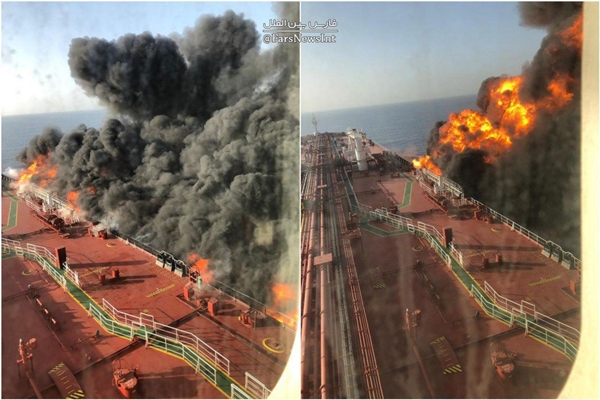 A senior Iranian official has rejected media reports that an oil tanker has drowned in the Sea of Oman after being hit on Thursday morning.

It was earlier reported that the Front Altair had completely drowned, but now the director of Ports and Maritime Organization of Iran’s Hormozgan province denies that.

The fire in the Panama-flagged vessel has been fully extinguished, and after safety measures, its 21 crew members will return to the vessel, whose cargo is also unharmed.

The Marshal Island-flagged vessel, however, is still on fire, but it has not drowned, the official added.

“All its 23 crew members are now safe and sound in Iran’s Jask port,” he noted.

Shortly after the incident, the Iranian rescue vessel NAJI approached them and managed to rescue the crew members and transfer 44 crew members to Jask.

An informed source at the Iranian Armed Forces had earlier said after receiving call for emergency help from crew members of incident-hit vessels in Sea of Oman, several boats and choppers of Iranian Navy were dispatched to the scene along with rescue forces, and transferred some of the crew to Jask Port.

“All regional states must be careful not to be trapped by those who benefit from instability in region,” he noted.

“The Iranian government is ready for regional security cooperation to ensure safety in strategic waterways,” he added.

“Suspicious doesn’t begin to describe what likely transpired this morning,” he noted.

“Iran’s proposed Regional Dialogue Forum is imperative,” Zarif went on to say, referring to his earlier proposal to Arab countries in the region to establish a forum for discussing regional issues.