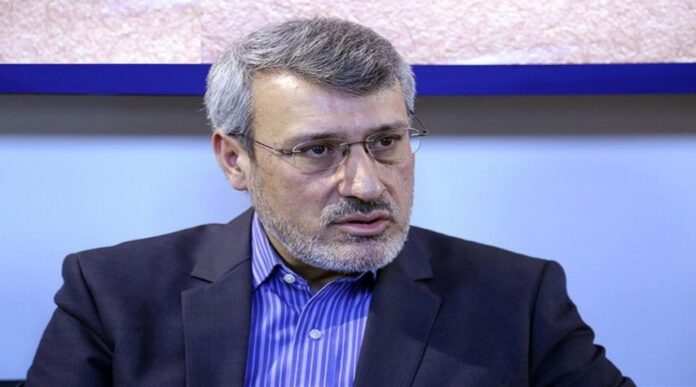 Iran’s ambassador to London says the country’s commitment to the Non-Proliferation of Nuclear Weapons Treaty will be at risk of being in ‘total jeopardy’ if other parties to the 2015 nuclear deal fail to fulfill their commitments.

Iran’s resuming of uranium enrichment will be followed by similar steps every two months unless European states do more to save the country’s nuclear deal with international powers, Hamid Baeidinejad has declared.

He also warned that influential figures in Iran are advocating leaving the Nuclear Non-Proliferation Treaty in response to perceived failure by European signatories to fulfil obligations under the treaty and crippling sanctions imposed by the Trump administration.

“We cannot continue to fulfil one-sidedly so we have taken these decisions. If the other does not take the warning seriously, maybe through the use of INSTEX we shall be in a very difficult situation, all of us. But we hope with these steps we are conveying a strong, real and serious message to implement the nuclear deal,” Baeidinejad said.

“We gave ample time to our partners and then we adopted this policy. In two months we will absolutely take the fifth step after analyzing the situation. Like the other steps it will be very calculated and measured. So the ball is in their court, we hope to resolve the situation.”

“These steps will be every two months, this has been decided at the highest level. I understand the concern that after more of these steps we run out of initiatives and have steps which are not easily reversible and this will affect the implementation of the JCPOA, that is why we are asking our partners to fulfil their obligations and resolve this issue and protect the JCPOA.”

Speaking of internal pressure within Iran to pull out of the Treaty of the Non-Proliferation of Nuclear Weapons (NPT), the ambassador said the treaty is at risk of being in “total jeopardy” as it comes up for review next year.

Israel, India and Pakistan are outside the NPT and North Korea is continuing on its path of acquiring a nuclear arsenal, he wanted to point out.

“It is viewed in some circles, some personalities in Iran that we are not benefiting from membership of the NPT at the moment.”

“That is not the policy of the government. President [Hassan] Rouhani and the government of Iran are trying their best to convince the people, all the people and important personalities that it would not be in the interest of Iran to withdraw from the NPT.”

Baeidinejad acknowledged that the Leader of Iran’s Islamic Revolution Ayatollah Ali Khamenei, has issued a fatwa, or religious order, against the country having nuclear weapons.

“But unfortunately after problems with the JCPOA more and more people are listening to arguments to leave the NPT. We have renounced nuclear weapons, but the US is pressuring us and putting impediments on the path of us getting peaceful nuclear technology.  So they don’t see any positives.”

Iran does not see that anything can be gained by dialogue with the US as long as the Trump administration continues with its current policies, said the ambassador.

“There is no interest in talking to the US. They have a hostile policy towards Iran, there is no sincerity in what they say, they are seeking the collapse of Iranian economy, of Iranian society.

“At one stage they said they want to have the same policy towards us as they have towards toward North Korea. But there have been no fruits from that at all. The US policy is one of incoherence.”