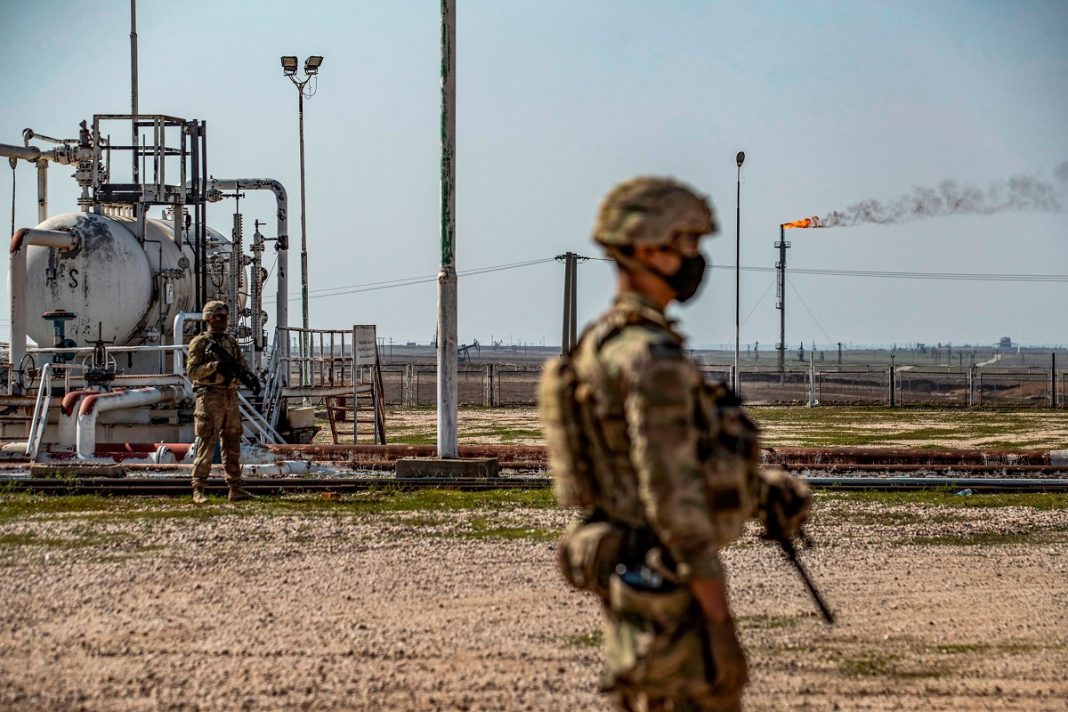 Iran has condemned looting of Syrians’ natural resources in particular oil and agricultural products in areas occupied by foreign forces. Tehran has warned that such a criminal move is contrary to Syria’s territorial integrity, resolutions of the United Nations Security Council and the UN Charter.

Ambassador and Permanent Representative of the Islamic Republic of Iran to the United Nations Majid Takht Ravanchi made the remarks before the United Nations Security Council in March 24 meeting on “The situation in the Middle East: (Syria)” in New York.

Following is the full statement of the Iranian ambassador to the UN:

Given this dire humanitarian situation, where significant parts of Syria’s civilian infrastructure have been destroyed, the imposition of unilateral coercive measures on the Syrian people has had disastrous consequences on all aspects of their lives and runs counter to certain aspects of Security Council Resolution 2585 relating to early recovery projects, which are critical to strengthening Syrians’ resilience and allowing displaced people to return home. These measures have also impacted international and national humanitarian organizations’ efforts in Syria.

These illegal and disruptive measures must immediately end. Claiming to care about the difficult humanitarian situation in Syria while backing unilateral sanctions against the Syrian people is extremely hypocritical.

The Security Council must work diligently to ensure that Resolution 2585 is properly implemented in a balanced and effective manner, particularly in terms of early recovery projects and the lifting of unilateral sanctions.

We, once again, condemn the robbery of Syrian people’s natural resources, particularly oil and agricultural products, in areas occupied by foreign forces. This criminal act is an obvious violation of Syrian territorial sovereignty, relevant Security Council resolutions, and the United Nations Charter.
The Syrian crisis cannot be resolved without ending the occupation, and uprooting the terrorist threats.

Syria’s sovereignty and territorial integrity cannot be jeopardized in the name of fighting terrorism. Therefore, all occupying and uninvited foreign forces, including those of the U.S., must leave the country immediately and without any conditions.

We call on the Security Council to hold this regime accountable for such acts of aggression and malice, as well as its blatant threats to use force against other regional countries, endangering regional peace and security.

We support the continuation of inter-Syrian negotiations in Geneva, which are now taking place under the auspices of the Constitutional Committee. In this context, we welcome Mr. Pedersen’s continuous efforts to bring the negotiations to a successful conclusion.

There is no other alternative to pursuing a Syrian-led and Syrian-owned settlement with UN assistance, free of outside influence or pressure, and without any artificial deadlines.

We maintain our contacts with the Syrian government, the UN Special Envoy, and our partners in Astana Format in order to end the crisis and alleviate the suffering of the Syrian people as soon as possible.