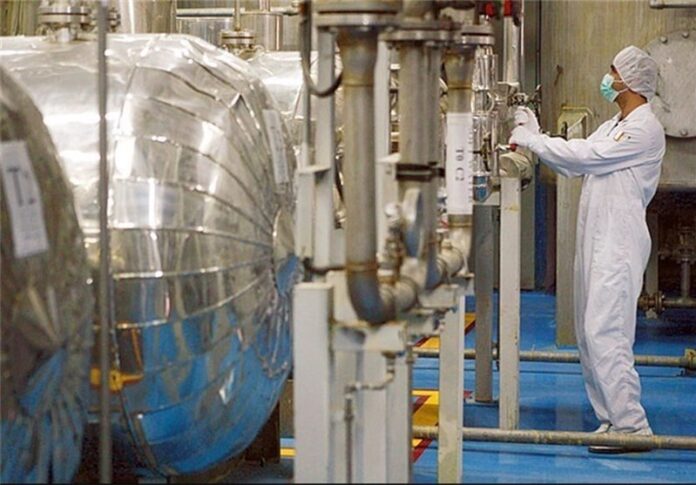 The Atomic Energy Organization of Iran (AEOI) announced that the country has injected Uranium hexafluoride (UF6) into its IR8 centrifuges as part of its research and development (R&D) activities in the field of peaceful nuclear energy.

In a statement on Saturday, the AEOI said the injection of UF6 gas into IR8 machines, which are the most advanced and modern centrifuges, has been made in compliance with the terms laid down in the 2015 nuclear deal between Tehran and six world powers.

Iran and the Group 5+1 (Russia, China, the US, Britain, France, and Germany) reached the nuclear deal, known as the Joint Comprehensive Plan of Action (JCPOA) in July 2015 and implemented it in January last year.

With the injection of UF6, which is a gaseous uranium compound, into the machines, a major breakthrough in the country’s peaceful nuclear program on development of IR8 centrifuges has been achieved, the statement added.

The important stage comes in line with the guidelines of Leader of the Islamic Revolution Ayatollah Seyed Ali Khamenei as well as Tehran’s commitments under the Joint Comprehensive Plan of Action (JCPOA), it further said.

Iran has in recent months stepped up its efforts to continue its research and development (R&D) activities in the field of nuclear energy.

Back in December 2016, Iranian President Hassan Rouhani said the country’s program to develop nuclear propulsion systems will begin in the near future.