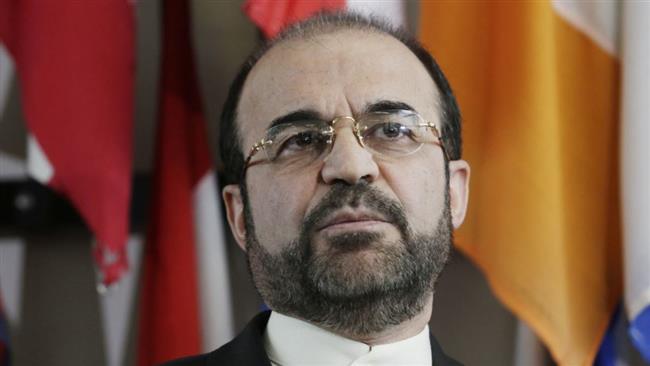 Iranian Ambassador to the International Atomic Energy Agency (IAEA) Reza Najafi says the Israeli regime’s military nuclear program has a negative impact on the security of the Middle East and the credibility of the Non-Proliferation Treaty (NPT).

Addressing a meeting of the IAEA’s 35-member Board of Governors in Vienna on Friday, Najafi denounced the West’s double standard approaches on Israel’s move to develop its nuclear program in violation of all international regulations.

The Iranian envoy also highlighted the repeated demands of the international community and the IAEA resolutions that the Israeli regime immediately join the NPT and Israel’s nuclear installations be subjected to the full monitoring of IAEA safeguards..

“The Zionist regime [of Israel] has unfortunately overlooked legitimate demands of the international community over the past years and continued to advance its military nuclear program in blatant violation of all international regulations and with the blind support of certain countries,” he said.

He added Israeli military nuclear activities are the main cause of concern among regional nations and the international community and urged the UN nuclear agency to closely and seriously attend to the issue.

Najafi also urged a complete ban on any type of nuclear cooperation with Israel.

It has also evaded signing the NPT amid staunch endeavor by the United States and other Western states on international levels in favor of its non-commitment to the accord.