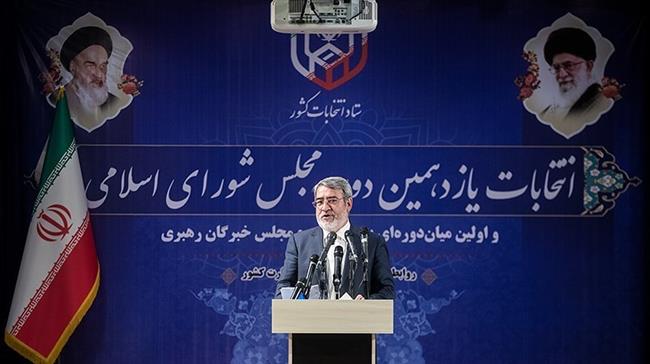 Iran’s interior minister says over 24 million Iranians, out of a total of about 58 million eligible voters, took part in the recent parliamentary elections, putting the overall voter turnout at 42.57 percent.

Speaking to reporters after the termination of vote counting on Sunday, Abdolreza Rahmani Fazli said, “There were more than 57.918 million eligible voters in the country,” according to figures provided by the Statistical Center of Iran and the National Organization for Civil Registration.

“Some 24.512 million people, including 48 percent of woman and 52 percent of men took part in these elections,” Rahmani Fazsli said, adding that the figures amount to an overall turnout rate of 42.57 percent.

Iranians went to the polls on Friday in the first general elections since the United States imposed sanctions following its pullout from the landmark 2015 nuclear deal.

Rahmani Fazli said the turnout was “quite acceptable” given the outbreak of the new coronavirus in the country in addition to the political circumstances such as the downing of a Ukrainian passenger plane in Tehran, which killed all the 176 people on board, and violent riots following protests in several cities prompted by gasoline rationing and price hikes.

Iran’s Health Ministry on Sunday raised the death toll from the disease to eight and the number of people who had tested positive to 43. The epicenter of the outbreak is the central city of Qom.

Elsewhere in his remarks, the interior minister expressed hope that the new lawmakers would be able to fulfill their promises to the people at a time that the country is in need of hard work, unity, coherence and resistance against foreign powers.

Rahmani Fazli added that those who reject the election results can lodge a complaint today and the Guardian Council would examine the matter within seven days.

During his regular seminary lectures on Sunday, Leader of the Islamic Revolution Ayatollah Seyyed Ali Khamenei thanked the Iranian nation for its “satisfactory shining in the great election test,” saying the country has yet to remain alert against plots by the enemy to harm Iran.

“In the face of the enemy’s conspiracy to hit various pillars of the country, we all need to be vigilant in defense and ready for attack and counterattack,” the Leader said. 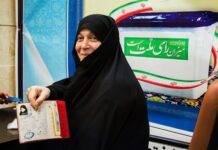 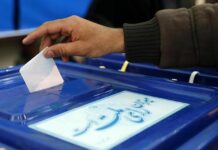 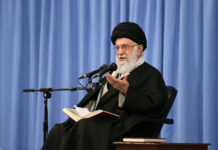 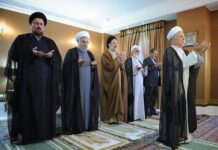 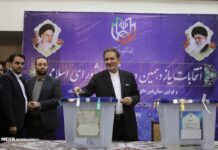