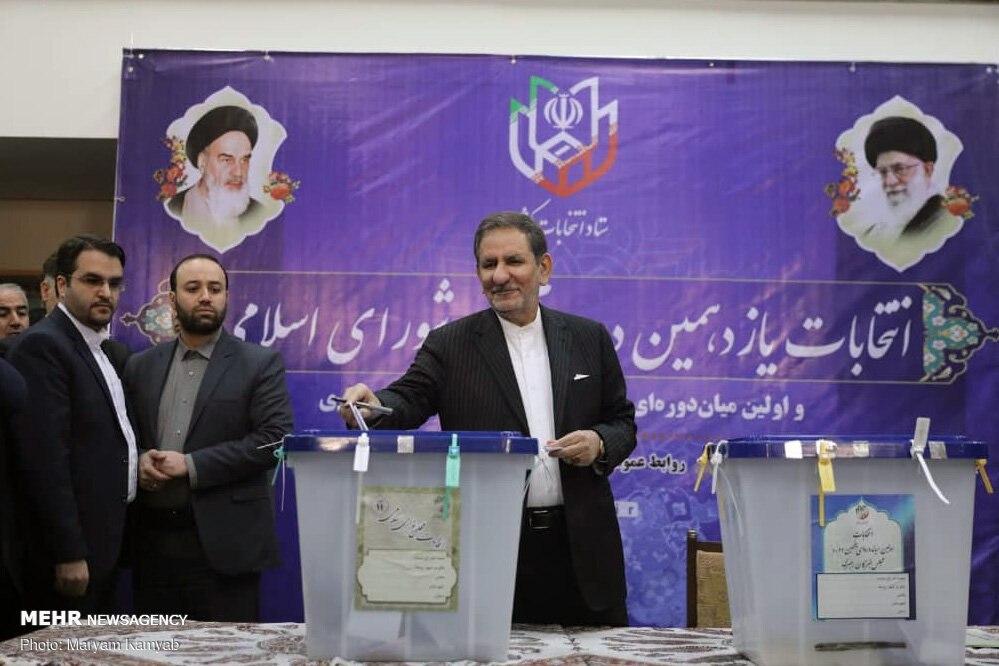 Iran’s First Vice President Es’haq Jahangiri has hailed the people’s turnout in the country’s legislative elections, saying that fortunately reports from various places suggest the people have participated in this year’s elections as passionate as in previous rounds.

He made the comments during his visit to the country’s election headquarters on Friday.
The first vice-president stated that the parliament is one of the most important and influential institutions which has a decisive role in solving the problems of the country and has a constructive and unifying role.
“The turnout showed that the Iranian people had no regard for American hostility. They knew their way well and knew what to do in any situation.”
People on Friday voted for their candidates in the 11th parliamentary elections. They also chose replacements for seven deceased members of the Assembly of Experts, a clerical body responsible for appointing the leader and overseeing his performance.
Nearly 58 million people were eligible to vote. A total of 55,000 polling stations were set up throughout the country. More than 7,000 candidates, including 666 women, competed with each other.