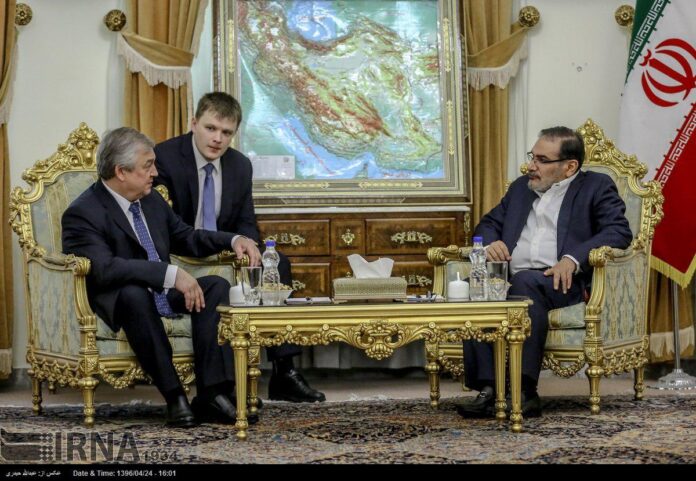 Iran’s top security official and Russian president’s special envoy have discussed the latest developments in Syria, including the US threat to interfere in Syria and the recent Israeli attack on a Syrian airport.

The talks were held in a meeting between Russian President Vladimir Putin’s Special Envoy for Syria Alexander Lavrentiev and Secretary of Iran’s Supreme National Security Council Ali Shamkhani during an unannounced visit to Tehran.

Washington’s threat to interfere in Syria militarily was also on the agenda of the marathon and off-the-record talks between the two authorities, a Farsi report by IRNA said.

Israel’s attack on Syria’s T-4 airbase which killed several Iranian military advisers in Syria as well as Tehran’s decisions on the incident was among the key topics of discussion.

News has circulated that Russian military forces in Syria are on high alert, and that the country has given Israel a warning. This suggests that tensions are growing between Washington and Moscow, and that players are ready to respond to any decision by US President Donald Trump regarding intervention in Syria.

Some media reports suggest that Russia has put its troops in Syria on full alert and deployed military vehicles as well as missile systems.