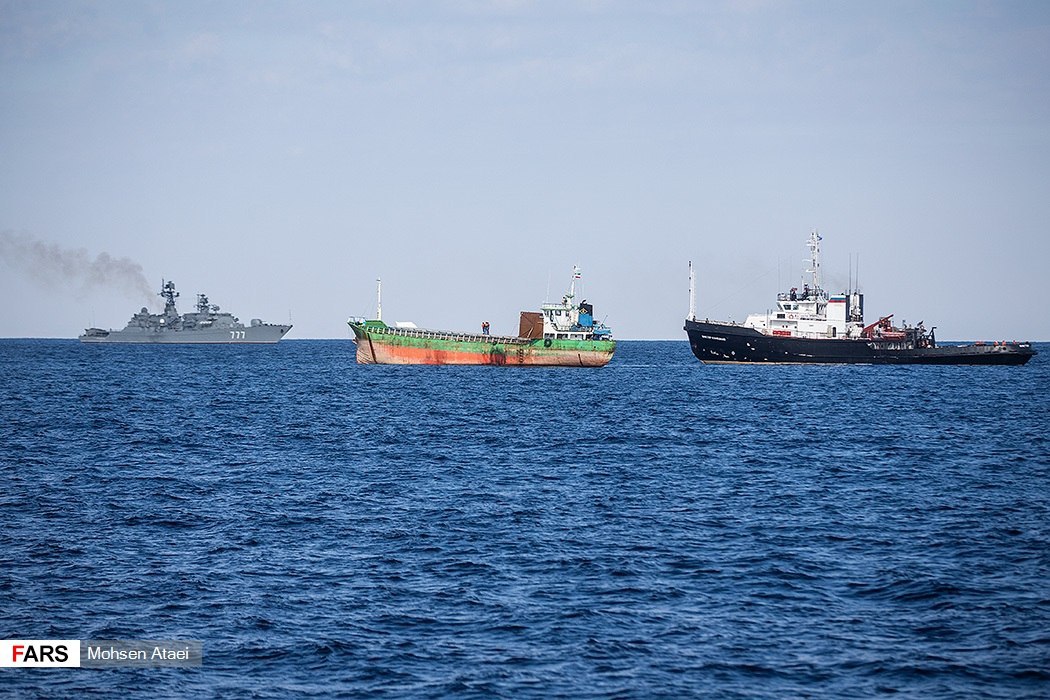 Iranian, Russian, and Chinese naval units on Sunday practiced rescuing merchant ships under attack or on fire during the third and final day of the three countries’ joint naval drills.

The preplanned scenario consisted of receiving distress calls from two merchant ships attacked by pirates while heading from Persian Gulf to international waters.

It also included identification of and search for the operation zone by an Iranian SH helicopter, and the Iranian Frigate Alborz dividing the warships deployed in the operation zone into three groups composed of Iranian, Russian and Chinese units.

Firefighting operations were also carried out during the rescue mission.

At the end of the operation, one of the rescued ships was tugged for drilling purposes by a Russian tugboat.

Iranian, Russian and Chinese joint naval drills began on 27 December in the north of Indian Ocean and the Sea of Oman amid increasing tensions between Iran and the US, which escalated following the US withdrawal from the 2015 nuclear deal.