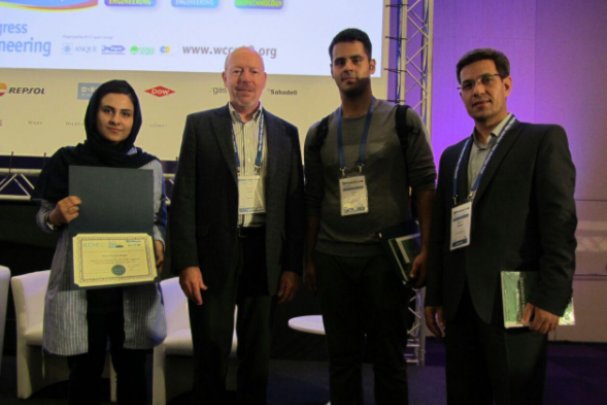 A robotic team from Iran’s University of Kashan has won the “Best Idea” award in the world’s Chem-E-Car Competition, AIChE 2017, held in Barcelona, Spain.

This was the first time a team from University of Kashan was participating in Chem-E-Car Competition.

“Our robotic team has also held top ranks in the Iranian Chem-E-Car competitions for five consecutive years,” Mehr News Agency quoted him as saying in a Farsi report.

Chem-E-Car is an annual college competition for students majoring in Chemical Engineering. The competition is aimed at replacing internal combustion engines with green technologies. AIChE’s annual Chem-E-Car Competition engages college students in designing and constructing a car powered by a chemical energy source that will safely carry a specified load over a given distance and stop.

The vehicles must work with a chemical but environment-friendly fuel producing no dangerous gas or liquid. On the other hand, the competitors cannot use any commercial batteries in their vehicle.