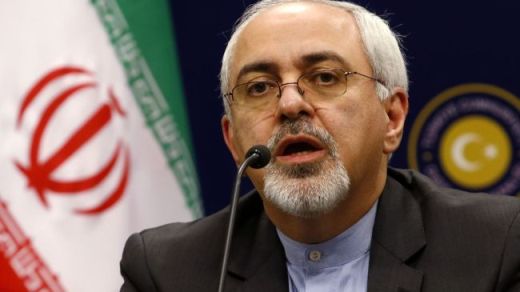 “We are determined to find a solution based on our country’s full nuclear rights,” Zarif said in a meeting with Minister Responsible for Foreign Affairs of Sultanate of Oman Yusuf bin Alawi bin Abdullah in Muscat on Sunday.

He briefed his Omani counterpart on the process of the nuclear talks between Iran and P5+1, adding that Tehran has entered into the negotiations with goodwill and acted with all seriousness.

Iran and the five permanent members of the six countries – France, Britain, the US, Russia, China, and Germany – have been holding talks to work out a final deal aimed at ending the longstanding standoff over the Islamic Republic’s nuclear energy program as a November 24 deadline draws near.

Zarif and bin Alawi further discussed the latest developments in the Middle East, particularly the adverse consequences of terrorist acts on regional countries.

They said positive relations between Tehran and Muscat will play a role in strengthening cooperation among regional countries.