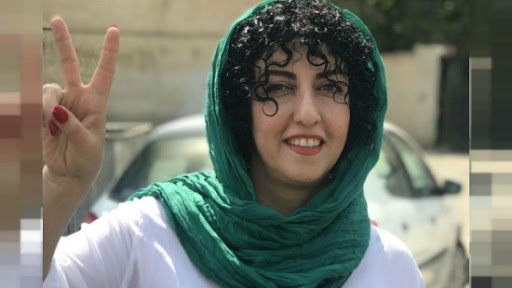 Narges Mohammadi, a prominent human rights activist jailed for "acting against Iran’s national security" has been released from prison after 8.5 years.

Her release came after her prison sentence was reduced upon a new law passed by the Judiciary.

“With regards to a law passed recently about commuting prison sentences, this personer’s sentence was commuted and she was freed from jail,” said the Justice Department of Zanjan province.

“Narges Mohammadi had received a ten-year binding prison term. Due to the law on reducing prison sentences and upon the court’s agreement, her jail term was reduced,” added the justice department.

“As she had served eight and a half years in prison, her term came to an end and she was released from jail last night,” the justice department added.

She had been convicted of acting against national security, launching propaganda campaigns against the Establishment, and the formation and running of a group called Legam, which campaigned for abolition of death penalty in Iran.