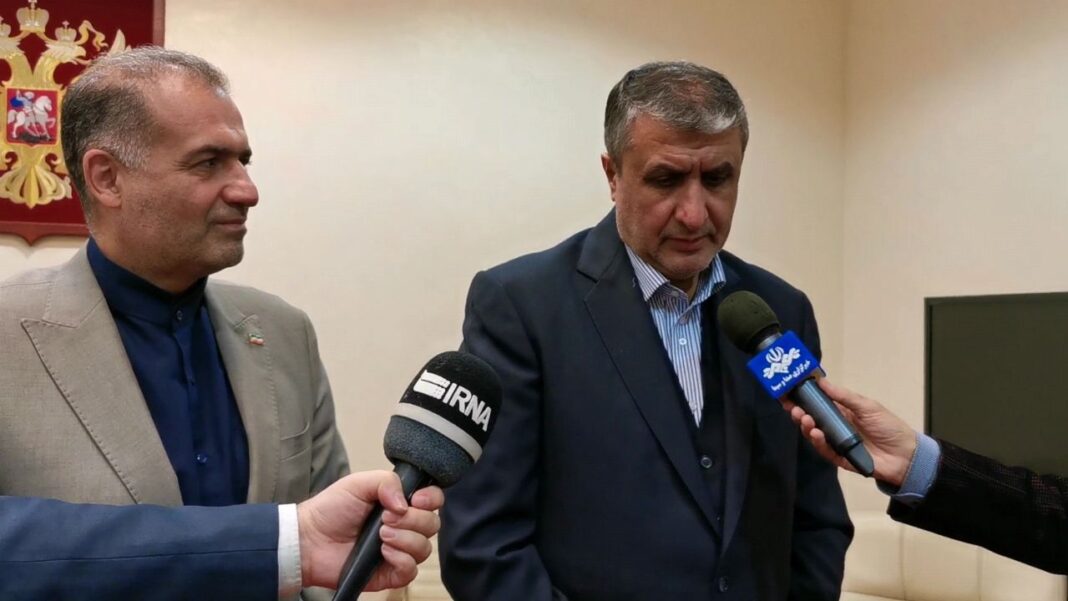 Iran has dismissed a US call to allow IAEA inspectors at a nuclear site where an act of terrorism and sabotage happened recently.

The head of the Atomic Energy Organization of Iran, Mohammad Eslami said the US has no merits to make such a demand because it did not condemn the terrorist attacks against Iran’s nuclear facilities.

Eslami, who arrived in Moscow on Tuesday, added that Iran has voluntarily limited its nuclear activities under the nuclear deal known as the JCPOA, and lived up to its obligations unilaterally for more than two and a half years, but the other sides failed to fulfill their commitments.

“The United States did not fulfill its obligations and caused others not to fulfill them,” Eslami said.

In this regard, he added, Washington not only sanctioned Iran, but also sanctioned any company that wanted to do business with Tehran.

He stated that the Islamic Republic is bound by the law within the framework of the safeguards agreement and the Nuclear Non-Proliferation Treaty, the NPT.

Eslami noted that it is clear that Iran will not include sites that have been damaged by terrorist attacks, and “we have told the IAEA this both in the Tehran statement and in Vienna”. He referred to the agency’s insistence that Tehran allow inspections of the Karaj site near Tehran. Eslami said, “Iran has been a member of the International Atomic Energy Agency for 50 years, and this body must end its discriminatory and political behavior.”

The US has threatened diplomatic retaliation at the IAEA Board of Governors if Iran denies inspectors’ access to the centrifuge manufacturing site in Karaj. Iran says investigations are still underway at the site after it was hit by an act of sabotage in June. It says the facility is exempted under an agreement with the IAEA over servicing, monitoring and surveillance equipment at Iranian nuclear sites.