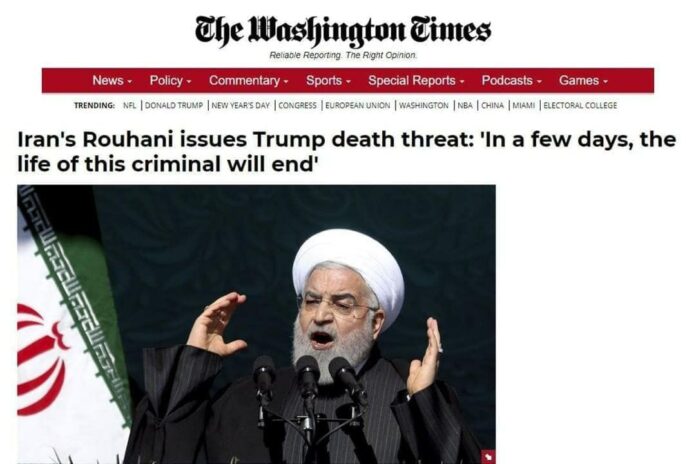 Saeed Khatibzadeh warned American media outlets against spreading false reports about Iran.
“Washington Times should know better than to publish #FakeNews & spread anti-Iran bigotry -even though it has featured PAID content by the outlaw MeK terrorist cult. Your readers deserve better!,” he added.

“Cowardice in assassinating foreign leaders is a US-Israeli trademark; NOT Iranian,” Khatibzadeh tweeted.

Meanwhile, Alireza Moezzi, the deputy chief of staff of the President’s Office for communications and information affairs, said the Iranian president would never do such a thing as threatening the life of a foreign dignitary.

“It is beneath the dignity of Iranian president to threaten the life of a foreign counterpart,” he said in a tweet.

“Unlike US regime, Iran does not threaten, nor does it assassinate foreign leaders,” he added.
“President Rouhani clearly said ‘very soon Mr.Trump’s POLITICAL life will be over,” he tweeted.

However, Rouhani had said that Trump’s “political life” will soon end.